With all the trouble in the world today it is easy – as many have – to overlook the significance of the peace talks between President Aliyev of Azerbaijan and Prime Minister Pashinyan of Armenia which began in Brussels in December last year. 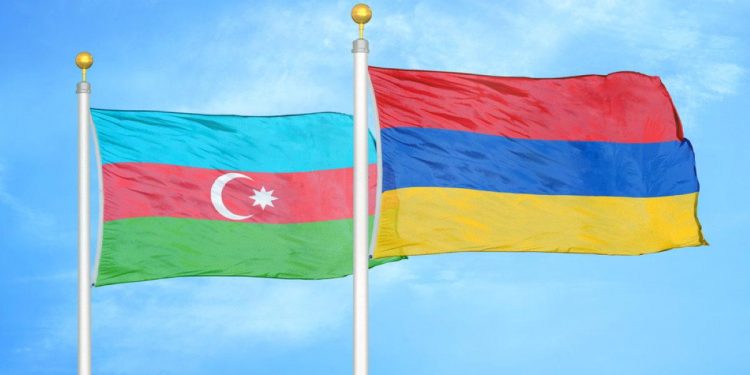 Yet to do so is to miss a potentially critical and defining moment in the post-soviet history of the Caucasus – as well as overlook a source of economic opportunity for Europe.

Since a 44-day war between Armenia and Azerbaijan in late 2020, there has been an uneasy ceasefire between the two countries – but little else. The meeting of December, hosted by European Council president Charles Michel, was the first and most promising step since the conflict towards future certainty and permanent peace.

At the talks progress was made on border demarcation, more cooperation on the exchange of maps of landmines laid by Armenia for prisoners arrested by Azerbaijan. But perhaps even more importantly for the future than these first steps forward, initial agreement was reached on “Zangezur” – a transport corridor that will run from the Caspian Sea in the east to the Mediterranean Sea in the west – transgressing both Azerbaijani, Armenian, and Turkish territory.

This project offers crucial diversification for all three countries.

For Turkey, with its policy of regional engagement, it offers a way to expand beyond diplomatic initiatives.

For Armenia, whose economy was stunted for decades by political and economic isolation from its neighbours, a transport route offers much-needed income.

For Azerbaijan, as a nation built on oil and gas exports in an increasingly decarbonising world, it offers a route to increase the speed of economic diversification away from fossil fuels.

For all three nations along with Georgia, Russia and Iran, the other countries that straddle the Caucasus, there may be longer-term the potential for co-operation over a replacement for Metsamor – the Chernobyl-design nuclear power station that provides most of Armenia’s electricity while posing a threat through dilapidation and mismanagement to the lives and livelihoods of an entire region.

And this also offers opportunity for western nations, particularly Britain and those in Europe. There are contracts to be gained not merely on the transport corridor – but on the vast reconstruction needed of Karabakh, occupied by Armenia from 1994 but won back during the 2020 conflict – and to where close to one million Azerbaijanis displaced in the 90s seek to return.

Already the UK, as the world leader in mine and ordinance clearance, has provided government funding for demining programmes. Private British companies that specialise in clearance are part of the Azerbaijani national effort which by the end of 2021 had cleaned some 21,000 hectares of land contaminated with 53,000 landmines. Another British company has, in concert with the authorities, produced the masterplan for the reconstruction of the entire region.

While foreign investment is arriving, is it obvious that with more certainty through a potential future peace deal, and overseas interest would multiply.

But let us not get ahead of ourselves. A future of prosperity across the region depends on the continuing success of peace talks only just begun last month in Brussels.

While it can be guaranteed those talks will be difficult, we can hardly second-guess the length of time it will take to complete them. What we do know, however, is that there are other examples of the peace dividend to focus on – starting within the most obvious which emerged through peace in Europe some 70 years ago.

There were, of course, very different circumstances to that pan-Europeanizing effort – and no one is suggesting anything as expansive as political and economic union is the direction of travel, or even desirable in the case of Armenia and Azerbaijan.

But what is clear is that prosperity between countries with land borders is built on peace and the determination to avoid war. Once that is secured, with borders at last designated and finalised, economic cooperation – across those borders – can sustainably develop. How that progresses, and the trade in which goods and services, and what is transported – whether manufactured products on trucks and trains or oil and gas and electricity through pipelines and cables – depends on what those two countries offer to exchange with the other because they lack them themselves.

That is for the future – but perhaps not one that is too distant. For now, we must watch and wait how peace talks progress, with the anticipation that 2022 is the year when the Caucasus puts war behind it and learns to love economics.

Ilham Nagiyev is an Azerbaijani economist, author, IT entrepreneur, co-founder and the Chairman of the Board of security company GESCO OJSC.