In recent years, such concepts as the primacy of international law, principles of equal cooperation, impartiality of international organizations have been systematically squeezed out of the world political vocabulary... 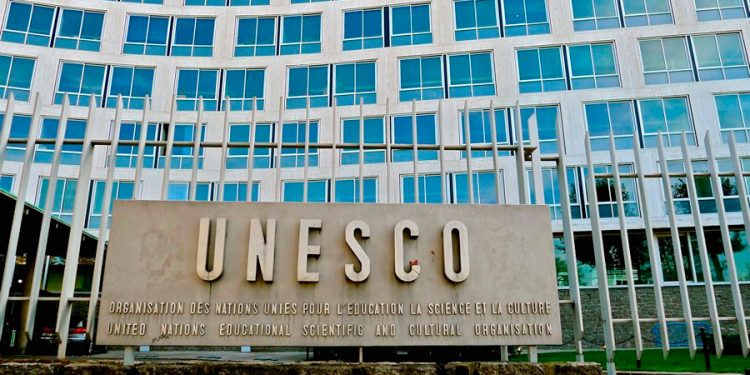 It looks like Azoulay will have to part with her mandate

They have given way to policy of double standards, lobbying the interests of major world powers and endless propaganda wars, where objective truth and established facts are replaced with smear campaigns. There is perhaps no other country in the world that has suffered from this professional and moral degradation as much as Azerbaijan.

In the first years of independence, faced with external aggression and occupation, our country pinned its hopes, naïve hopes, as it became clear later, on the justice of the international community and the impartial stance of international institutions.

But when the UN Security Council resolution on the de-occupation of Azerbaijani territories stayed on paper only, and the OSCE Minsk Group, established to resolve the Karabakh problem, did not progress even a millimeter in the fair resolution of the conflict (!!) in nearly three decades of its existence, it became clear that Azerbaijan had no choice but to rely on its own strength.

International organizations, as well as all kinds of democracy foundations and analytical centers, financed by anonymous advocates for democracy and freedom, have been using a policy of double standards against Azerbaijan with dismal consistency, pursuing exclusively their own, self-serving political goals.

It may be argued that many countries have complained in recent years about double standards and essentially dysfunctional international mechanisms. While it may be true, it does not make it any easier for Azerbaijan, traditionally pushed and pressured by international structures, whose charters prohibit display of political bias a priori.

Take the most recent example. Thomas Mallard of the UNESCO Press Service made this following statement yesterday in an interview with Armenian media:

“We continue working to send a UNESCO Independent Technical Mission to Nagorno-Karabakh within the framework of the 1954 Convention. We hope that it will be possible soon, but for the moment the necessary conditions are not in place. So discussions are still ongoing.”

Armenian media outlets in general, and Armenpress in particular, have falsified T. Mallard’s official statement. Here is how the UNESCO official answered the Armenian journalist’s question (quoting the English version of the Armenpress website): “We continue working to send a UNESCO Independent Technical Mission within the framework of the 1954 Convention. We hope that it will be possible soon, but for the moment the necessary conditions are not in place. So discussions are still ongoing.”

As we can see, the English version of the statement has no mention of the geographical location by the name of “Nagorno-Karabakh”. Mallard talks about the need to send a technical mission in general. But the journalists of the Russian version of the website abused the official’s text, that is, treated it in the Armenian way…

Moreover, answering the Armenian journalist’s blatantly provocative question about Azerbaijan’s alleged destruction of Armenian monuments in Karabakh, the UNESCO representative did not ask to specify which facts were being referred to and what exactly indicated that these facts were true. Sadly, Mallard responded by saying that “heritage and history shouldn’t be the subject of any political instrumentalization.”

Thus, by not reining in the provocateur, Thomas Mallard, Press Officer of the United Nations Educational, Scientific and Cultural Organization, essentially indirectly accused Azerbaijan of destroying historical monuments, thus subscribing to yet another fabrication of Armenian propaganda.

It should be pointed out here that the UNESCO Constitution clearly states that this organization serves the purpose of “advancing, through the educational and scientific and cultural relations of the peoples of the world, the objectives of international peace and of the common welfare of mankind”. Then again, the UNESCO headquarters being located in Paris apparently affects the political alignment of its employees, who have been acting in recent decades not so much on the recommendations of the UN headquarters in New York, as under the dictation of the French Foreign Ministry, who actively defend the interests of their allies—above all, those of “humiliated and powerless” Armenia.

Recently, UNESCO found itself at the center of yet another political scandal, this time related to Russia. The troublemaker was Véronique Roger-Lacan, France’s Permanent Delegate to the organization, who posted a highly offensive caricature of Russian President Vladimir Putin on her Facebook page. Russia’s Permanent Delegate to UNESCO lodged an official protest in response.

UNESCO has been repeatedly criticized by official Baku as well. For 30 years the Azerbaijani government asked to no avail that the organization send a mission to Karabakh to verify the facts of vandalism by the Armenian occupation regime as it was consistently destroying the monuments of Azerbaijani history and culture.

Meanwhile, immediately after the liberation of Karabakh by the Azerbaijani army, UNESCO not only made a politicized statement contradicting the Constitution of the organization and accusing Azerbaijan of destroying Armenian monuments, but also demanded permission from the leadership of our country to send an independent mission to Karabakh.

How interesting! A leading international organization turns a blind eye to the barbaric destruction of Azerbaijani cities and historical, religious and cultural monuments of the Azerbaijani people in Karabakh for decades only to suddenly want a mission to be sent to Karabakh to inspect “the condition of Armenian monuments” with astonishing promptness.

Apparently, UNESCO has forgotten the purposes for which it was founded in 1945. After World War II, humanity was in dire need of peace and security, which could only be ensured by expanding cooperation between states and peoples in all fields, including education, science, and culture. This was the function assigned to UNESCO, whose personnel vowed to guarantee in their work justice, legality, respect for the rights and freedoms of all peoples, regardless of their race, language, religion and cultural traditions.

Regrettably, where there once was a powerful, effective organization that was committed to the UN Charter, we see today only an instrument of political pressure and behind-the-scenes intrigue.