Russia’s unprovoked invasion of Ukraine has prompted the IEA to take measures to cut dependence on its gas. 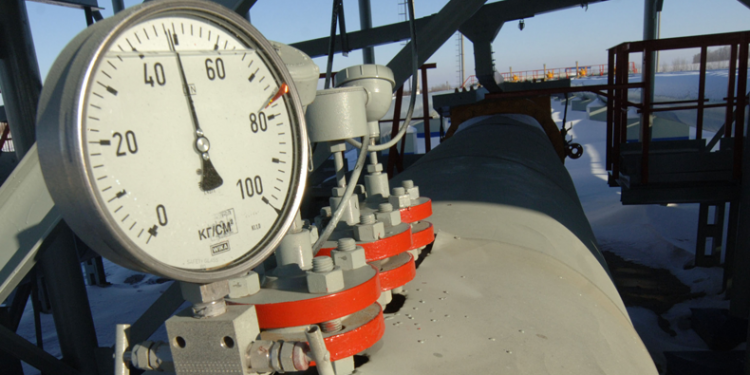 EUROPE is taking measures to cut its dependence on Russian gas between now and next winter.

Prompted by recent events, the International Energy Agency announced its 10-point plan that could cut imports by a third, or 50bn cu m.

This comes as Russian westbound gas flows via the Yamal-Europe pipeline to Germany from Poland have been halted, Reuters reported on March 3, citing data from the Gascade pipeline operator.

A first key measure is that no new gas supply contracts will be signed with Russia, the Paris-based agency, which is made up of 31 member states, said. About 15bn cu m of contracts will be coming to an end in the next few months.

Russia’s unprovoked attack on Ukraine has brought the issue of Europe’s energy security into sharp relief.

The European Union last year imported 155bn cu m of natural gas from Russia, accounting for around 45% of EU gas imports and close to 40% of its total gas consumption.

Russian supplies will have to be replaced by other sources such as the US, Qatar, Azerbaijan and Algeria, its executive director Fatih Birol said. The EU could obtain 30bn cu m in additional supply this way by next year.

Other measures include introducing a minimum gas storage obligation level, which will need to be 90% full by October 1, Mr Birol said, adding that fast-track permitting for wind and solar projects needs to be adopted, while reliance on nuclear and bioenergy could add 70 terawatt hours to the power system.

Four nuclear reactors that were due to close in Europe by next year should therefore be revisited, he said.

According to Poten & Partners, spot flows from Russia appeared to be slowing, as cargoes were selling at discounts given that buyers of Russian liquefied natural gas were becoming nervous amid the crisis.

However, contractual volumes were continuing.

While Western traders still appear to be dealing in Russian LNG, some Asian traders have said they will not, according to head of business intelligence Jason Feer, and that could lead to distressed Russian cargoes.

“There is concern that it may be difficult to pay for shipping, even if payment for LNG is possible,” he told a webinar discussion.

In January, global LNG imports reached 38m tonnes, with the biggest gains in Europe, the Mediterranean and South Korea.

While declines were noted from Japan and China versus the same period a year earlier, they are countries to watch for trends.

Some importers have boosted utilisation above nameplate capacity, but it is not enough to offset a significant decline in Russian pipeline supply, Mr Feer said.

In northwest Europe, regasification utilisation was at a record 93% in January.

While there is greater terminal capacity in southern Europe and the Mediterranean, there is not enough pipeline capacity to move gas from Iberia and Italy into central Europe.

Similarly, EU-supported terminals in Poland, Lithuania and Croatia have idle capacity, but not sufficient to replace Russian gas.

Demand in Asia is currently low given that many contracts are tied to the Brent crude price, which has spiked to more than $100 per barrel since Russia’s invasion on Ukraine last week. High gas prices in Europe had also pulled supplies away from the region.

When Asian demand returns, volumes to Europe, which have had more attractive returns since the price spike which effectively closed the arbitrage to the East, will be unsustainable, said Poten’s short-term analyst Kristen Holmquist.

While US LNG is a possible new source to replace Russian gas, it is not possible in the long run given that it does not have a lot of spare capacity, she said.

“The US is using its surge capacity right now so there is not a lot of upside for additional volumes”.