Russian defense industry has lost three major contracts for the purchase of Su-35 fighter jets at once. The main explanation is the lack of and impossibility of installing an active phased array radar (APAR) and advanced avionics, which were previously imported from a number of European countries and Israel. 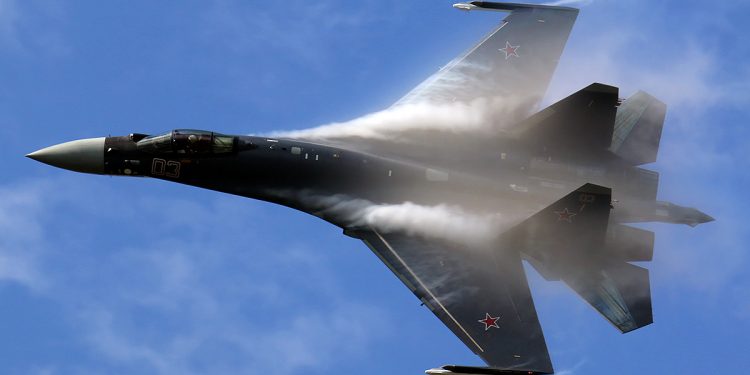 This has been a “black” January for Russian arms exporters. Three countries at once—Egypt, Algeria and Indonesia—refused to buy the most advanced product of the Russian aircraft industry, Su-35 fighter jets. And although the official version gives the sanctions against Russia as the main reason behind this decision, it turned out some time later that it was not just about the sanctions.

The stumbling block was the unexpectedly increased price, but most importantly, the technological gap between the Russian fighters and their foreign counterparts. Comparative exercises were held in Cairo, where battles were simulated between Su-35 and the French Rafale, with the Russian fighters acting as the aggressor. But the Rafale easily jammed the Su-35’s electronics using onboard radars, after which the latter were “shot down”.

As a result, Cairo quite logically decided that it would be better to buy the French aircrafts, and Indonesia, for similar reasons, plans to buy both Rafale and American F-15 EX. Algeria has decided to take a route that will be less stressful for Russian exporters: the country is going to upgrade its Russian Su-30MKA to the 4++ level, which will be 60% cheaper than buying Su-35.

However, Algeria makes no secret of its willingness to buy fighters made by other countries, should they get good offers. It is possible that these will be Chinese planes, which have been equipped with new active phased array radars since 2014.

Official Russian experts keep putting a brave face on their sorry business. They say that it’s not a big deal: so what if Su-35 has not “taken off” in the world markets—Su-57 will, the fifth-generation multirole fighter aircraft, which has just started entering into service with the army, 15 years later than initially planned.

However, the situation is much more serious: the import substitution program for high-tech products in the Russian defense sector has practically failed. And Russian weapons are becoming less and less attractive to importers because they no longer meet modern standards. Helicopters, tanks, and S-400-type anti-aircraft weapon systems still somehow retain their attractiveness, but when it comes to aviation, UAVs, and high-precision systems, they are plummeting below the global standards.

Then why buy Russian tanks or Pantsir SAMs if a much cheaper UAV easily disables them? Why acquire latest models of modern Russian fighters if they are doomed in a fight with their foreign counterparts equipped with the cutting-edge technology?

This is not intended as a dig at Russia, not in the slightest. We simply need to understand that this technological lag also limits Moscow’s foreign policy accordingly. Threatening statements and saber-rattling are one thing. A real ability to respond to military challenges is another thing entirely. And when the Kremlin once again issues an ultimatum to someone, we should ask ourselves with what resources it will enforce that ultimatum—moreover, how it will make anyone listen.