German powerlessness and helplessness against the Armenian mafia

That is, Armenian criminals hand in hand with German politicians have muzzled pseudo-independent German journalists. And now, dear reader, imagine what the German media would do to the Azerbaijani ambassador if he found himself in a similarly sticky situation. 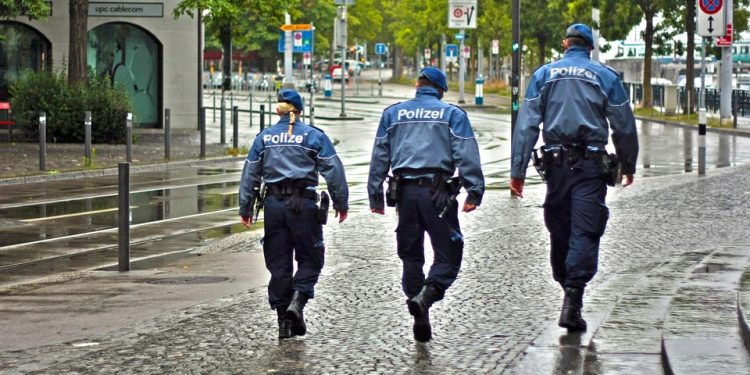 Berlin. September 24, 2018. German Minister of the Interior Horst Seehofer and President of the Federal Criminal Police Office (BKA) Holger Münch presented the official BKA report on the national situation with organized crime at a press conference. One of the important chapters of the document, which will be discussed below, is “Russian-Eurasian Organised Crime”.

Organized criminal groups operating in Germany mentioned in that chapter were included in it based on their shared use of the Russian language. Another unifying element of these groups is criminal hierarchy and thief-in-law traditions. The report conditionally classifies criminals from all fifteen republics of the former Soviet Union as the “Russian mafia”.

Upon a detailed examination of the rather broad phrase “Russian mafia”, we can’t help noticing the striking presence of our neighbors in the region—Armenians and Georgians. Not only are they on the list, they rank quite high on it too. See for yourself: the German police conducted 26 investigations on articles related to organized crime in 2018. Seven REOC groups were dominated by Russian nationals, four by Armenian nationals and another four by Georgian nationals. Given the territorial and demographic ratio of Armenia, Georgia and Russia, the “success” of the South Caucasian criminals looks quite impressive. According to the report, Armenian organized crime groups in Germany are mainly focused on such fields of crime as theft of expensive cars, cybercrime, financial fraud, human and drug trafficking, and, traditionally, racketeering. Der Spiegel journalists also point out that Armenian mafia groups are considered particularly brutal.

Meanwhile, the geography of ​​criminal activity of the Armenian mafia is not limited to Germany: it spans practically all of Europe. In June 2018, literally two months before Horst Seehofer and Holger Münch presented their report, a large-scale operation against an ethnic Armenian criminal group was conducted in Spain. According to the Catalan police, the Mossos d’Esquadra, the criminal group consisting of ethnic Armenians was directly involved in drug trafficking to Europe. The drug trafficking that went from Iran via Azerbaijan’s territories occupied by the Armenians at that time.

Then the Spanish court seized numerous accounts of the individuals under the investigation and part of their property. Among the charges listed in the case are illegal drug and arms trafficking, theft, robbery, extortion, laundering of illegal income, organizing prostitution, tobacco smuggling, forgery of official documents, sports betting fraud and attempted murder. It is worth noting that the tentacles of the Armenian mafia expanded all over Spain. Police carried out raids in more than 70 apartments in five cities of Spain, including the capital. About 150 people were detained, including the leader of the group, an Armenak Badalyan, who goes by the moniker Bdo. But Bdo’s arrest did not rid Spain of the Armenian criminal groups. A year later, Spanish police detained more than 80 Armenian nationals on suspicion of organizing and participating in fixed matches.

A few months after the Spanish affair, the German media published a series of articles on the activities of the Armenian mafia based on a BKA report. According to a joint journalistic investigation by the German newspaper Der Spiegel and the German public broadcaster Mitteldeutscher Rundfunk (MDR), the Federal Police conducted an almost three year-long investigation to expose and neutralize the Armenian mafia. According to the journalists, the top-secret operation codenamed FATIL (“Fight against thieves in law”) had been developed by the German police to expose Armenian mafia groups. It was carried out with the assistance of the Federal Intelligence Service, Europol, and law enforcement agencies in Spain, Belgium, Italy and France. 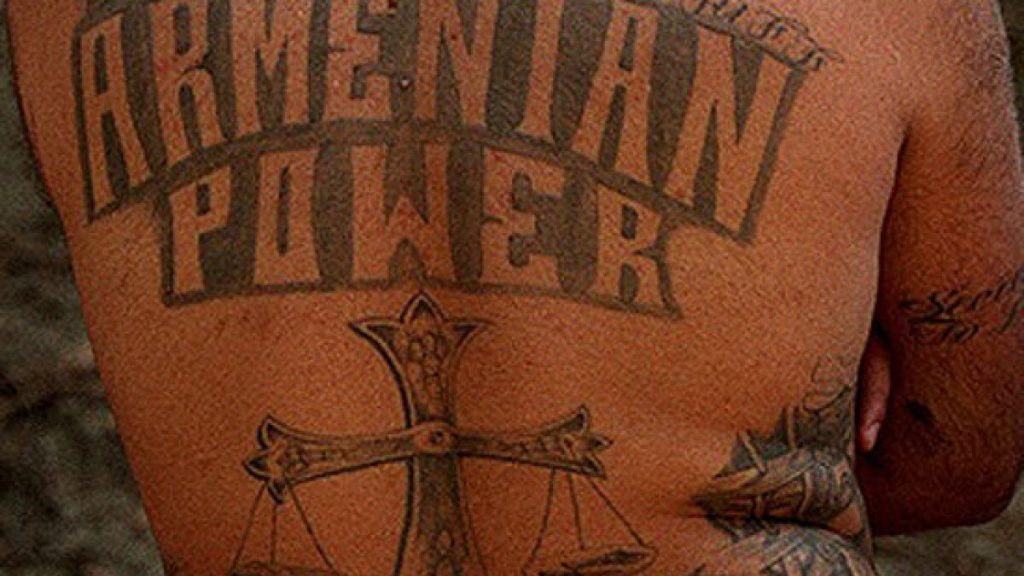 The FATIL project was closed due to the lack of funding by the end of 2018. Surprisingly, the wealthy German state, the largest economy in Europe, did not have enough funds to continue the fight against the Armenian mafia. Or perhaps the German investigators were too zealous and inadvertently crossed some respectable people: while FATIL was ongoing, they solved many crimes and uncovered connections of the Armenian organized criminal group in German political circles. For example, the project revealed the ties the Armenian Ambassador Ashot Smbatyan to the Armenian criminal groups in Germany. It also revealed the connections and close contacts between CDU deputies Manfred Grund and Albert Weiler and members of the Armenian mafia, up to holding joint events with Armenian gangsters and hiring Armenian agents to work in the Bundestag. Journalists found out that ten years previously, Ambassador Ashot Smbatyan had been suspected of being involved in the illegal transfer of refugees across the border. Interestingly, in a confidential document Ashot Smbatyan is referred to as a “thief-in-law”. According to Der Spiegel, back in 2005, the prosecutor’s office conducted an investigation against Smbatyan on suspicion of money laundering, but the investigation was suspended.

After the diplomatic scandal, Smbatyan tried several times to restore his tarnished reputation. In late 2017, the Armenian ambassador offered his assistance in the investigation to the Federal Ministry of the Interior, trying to divert possible suspicions from the embassy employees. Smbatyan generously promised to help the German authorities in the fight against the Armenian mafia. However, his attempts were unsuccessful. In a confidential letter, the BKA advised against the cooperation between the ministry and the ambassador—”due to the possible connection of state structures with the thieves-in-law”, the FATIL project report says. But the most interesting part is that despite the information from the BKA, the secret service, and publications in major German media outlets, Ambassador Smbatyan continues to work in Berlin, his position still intact after the change of power in Armenia in 2018 and the diplomatic scandal over his ties to the mafia. Moreover, Ashot Smbatyan made sure through legal action that German journalists can no longer mention his name in conjunction with the mafia, as this harms his reputation as a diplomat. After that, the case was swept under the rug, and the media rarely if ever gets back to the issue of the Armenian mafia. That is, Armenian criminals hand in hand with German politicians have muzzled pseudo-independent German journalists. And now, dear reader, imagine what the German media would do to the Azerbaijani ambassador if he found himself in a similarly sticky situation. Or to German deputies, were they in cahoots with Azerbaijani crime bosses.

The fact that Nikol Pashinyan’s government did not recall the disgraced ambassador suggests that Armenia at the national level is behind its criminal ambassador. Then again, this is nothing out of the ordinary for a country where the public knows the members of its political establishment only by their gang names and monikers. It makes no difference who is in power in Yerevan, Serzhik Sargsyan or Nikol Pashinyan. Organized crime is so inextricably woven into the DNA of the Armenian state that the change of power in the country is nothing more than a change of scenery.

According to the German journalists who studied the details of the FATIL project, the Armenian mafia in Germany managed to build an extensive network. Its connections span the world of professional boxing, political and diplomatic circles. According to the investigators themselves, up to 97% of criminal communication goes through encrypted channels, for example, in instant messengers. The police officers allegedly lacked the software to control the smartphones of the Armenians. Sometimes investigators were too understaffed to tail suspects, as their colleagues were primarily engaged in keeping an eye on alleged Islamists. The real reason why the mobster ambassador Smbatyan and the Armenian mafia continue to work freely in Germany is the lack of political will and order from the German state. This is not surprising. According to The USA Tribune, up until fall of 2020 Germany was one of the main countries where Armenian lobbying organizations sought and recruited corrupt legislators.

However, although some of the cases described above date back to 2017-2020, Armenian organized crime groups began operating throughout Europe much earlier. According to the study published by Mitteldeutscher Rundfunk Thüringen, Armenian organized crime groups have been conducting their criminal activities across all federal states for decades. They are especially active in the East German federal state of Thuringia, where bloody shootings involving Armenian mobsters repeatedly took place before. By a strange coincidence, Manfred Grund and Albert Weiler, deputies of the Bundestag lobbying Armenian interests, also represent this particular federal state (although the latter already lost his mandate in the last parliamentary elections). After studying about 60,000 criminal cases, German journalists came to the conclusion that the Armenian mafia in its organizational structure strongly resembles notorious Italian clans. Armenian gangs, like the Italian ones, wage clan wars and closely interact with their compatriots in France, Belgium and Armenia.

Just a few days ago, Armenian and Georgian members of a transnational criminal group engaged in the illegal trade of stolen cars and tobacco products were detained in France. According to the French Gendarmerie, this group was associated with the “Russian-speaking mafia”. 37 arrests and 61 raids were carried out in total. So, while Emanuel Macron and other European politicians defend the interests of Armenia and make posts in Armenian on social media, the Armenians themselves efficiently clean out European voters—making sure to share with the right politicians.