Has Azerbaijan’s use of drones in Karabakh transformed warfare?

The strategic lessons drawn from the Nagorno-Karabakh conflict were not the dazzling use of drones but the importance of using airpower for close air support missions and battlefield interdiction strikes. 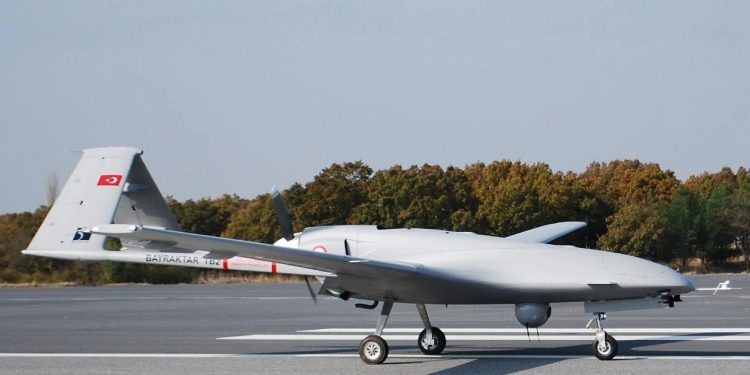 But has the usage of drones by the Azerbaijanis transformed modern warfare? The persuasive answer lies in lessons from strategic history.

Drones (at least the powered versions) had first been experimented with during World War I as target practice for pilots and anti-aircraft artillery gunners. Drones continued to be developed during the interwar years. During World War II, the Germans had built remotely piloted vehicles such as anti-ship missiles, and the V1 and V2 rockets. What was more interesting was the U.S. Navy’s usage of Interstate TDR-1 attack drones that proved the concept in a combat environment.

The TDR-1 was originally built for the U.S. military as a target drone and it was only later that television and advanced remote-control and data communications were built into it. The TDR-1 can carry a 2,000 lb bomb or a torpedo and was flown remotely piloted by a controller in a Grumman TBR Avenger mothership. The U.S. Navy formed three Special Task Air Groups (STAG) to test and use the TDR-1 against Japanese targets in the Pacific. STAG-1 started deploying to Bougainville Island in 1944 and conducted tests before later flying attack missions, often through thick anti-aircraft artillery fire, against Japanese naval and ground targets. Later, the US Navy used the TDR-1 as a “kamikaze” drone by having the TBR-1 drop its bomb on a target and then loiter and attack any other target of opportunity by crashing into it.

However, the TBR-1 also suffered from mechanical failures and occasional problems in remote controlling it effectively. It was reported it had a slightly better than 50 percent mission success rate. More importantly, STAG-1 did not lose any pilots in these dangerous combat missions. The U.S. Navy however, cancelled the drone attack program at the end of October 1944 as by then, the United States had the massive industrial capacity necessary to build large numbers of combat aircraft and the capability to produce sufficient numbers of highly trained pilots, rendering the asymmetrical usage of drones unnecessary.

The strategic lessons drawn from the Nagorno-Karabakh conflict were not the dazzling use of drones but the importance of using airpower for close air support missions and battlefield interdiction strikes. The Nagorno-Karabakh air campaign proved that air power’s strategic utility also resides at the tactical end and not only in chiefly striking at strategic targets, challenging the popularly held belief of some airpower theorists that propounded strategic bombing and parallel airstrikes. The second lesson is the extreme importance of having an up-to-date integrated air defense system (IADS) that can defend a contested air space with multilayered air defense systems coupled with the latest anti-drone countermeasures, which the Armenians did not have.

More disturbingly, the furious protests by Armenians against their government for losing the war (they even lynched the Armenian Parliament’s speaker), reflected the intense anger, humiliation, and frustration of the Armenians. It appears that the recent ending of the war may not last long. Liddell Hart, a prominent strategic thinker of the 20th century once said, “The legitimate object of war is a more perfect peace.” The ghost of Versailles may haunt the bitter ending of the 2020 Nagorno-Karabakh War.