A year after the beginning of the Patriotic War, more and more details of the events of those difficult but historically important days for the entire Azerbaijani people continue to emerge. 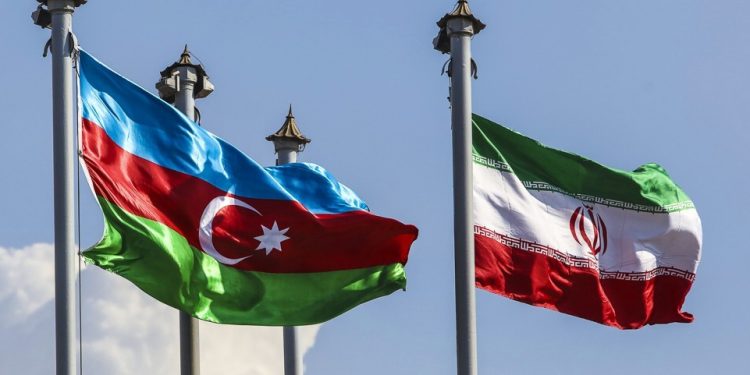 As well as details of destructive or, more precisely, hostile actions of some of our neighbors, who smiled to our face while holding a knife behind their back. Yes, that neighbor is about Iran, who has been actively stirring up anti-Azerbaijani hysteria and brandishing its arms lately. The arms that the Iranian army, as we find out, was prepared to use against the Armed Forces of Azerbaijan—right at the height of the 44-day war.

On October 17 of last year, units of the Armed Forces of Azerbaijan liberated the village of Khudaferin and hoisted the national flag there (it was officially announced on the 18th, after the surrounding area was cleared). Without slowing down the pace of the counteroffensive, the forward detachments of the Azerbaijani Armed Forces moved along the Araz River towards the dam of the Khudaferin State District Power Plant, in order to reach the approaches to Zangilan by the shortest and safest route. The route was still not easy, especially for moving with military equipment, considering the still active pockets of resistance of the Armenian occupation army, on the one hand, and the proximity of Iran, literally an arm’s length away, on the other. Still, once again, that was the shortest and least dangerous route to Zangilan.

However, having rounded the dam and moving towards Zangilan, the forward detachments of the Azerbaijani Armed Forces came across units of the Iranian army… This is not a misprint. In defiance of international law, the inviolability of borders and the territorial integrity of Azerbaijan, our southern neighbor blatantly invaded the sovereign territory of our country. Ironic of the country whose leadership is now talking about some “red lines” in the form of Armenia’s territorial integrity.

Demonstrating their small arms and getting several pickups to the site, the Iranian military had installed concrete obstacles in the path of the Azerbaijani army in advance, blocking the way of our forward detachments. Their explanation was rather cynical: “we are guarding the dam…” Once again, this was happening in the sovereign territory of Azerbaijan! The negotiations between Azerbaijani and Iranian commanders on site yielded no result, and tensions were rising. In order to avoid an armed clash with the Iranian military and the opening of a second front, the command of the Azerbaijani forward detachments made the best decision possible at that time and returned to the village of Soltanli 14 km away (its liberation was announced on October 19). Then, they made a more than 20 km long detour along Highway E-002 and reached the set goal…

On the same night of October 18, Baku’s strong-worded protest about the unacceptability of the Iranian army’s incursion into Azerbaijan’s sovereign territory was brought to Tehran’s attention through diplomatic channels. Baku threatened to make the fact of Tehran’s betrayal known to the general public, which would inevitably provoke a response from millions of Azerbaijanis—on both sides of the Araz. To resolve the issue, Javad Foroutani, the military attaché of the Iranian embassy in Azerbaijan, accompanied by the Azerbaijani military, was urgently sent to Jabrayil District at night to study the situation on the ground. After a day of tense negotiations, Iran withdrew its troops from the territory of Azerbaijan. One day that Tehran bought for Armenia…

The incursion of the Iranian military into the territory of Azerbaijan cost our army precious time. It helped the Armenian occupation army regroup, move up its reserves, and strengthen its defenses. And who knows how many of our men would be alive today if Tehran had not come to the aid of the Armenian side. Well, no wonder it was during the Iranian round of mediation that we lost Shusha in 1992.

In addition to the direct military involvement in Jabrayil, Iran shared with the Armenians intelligence data on the movements of the Azerbaijani army units during the war, especially since those movements were easy to track visually from the Iranian territory. And yet we cannot fail to note the fact that the sympathies of the common people of Iran were with Azerbaijan. The Iranian Azerbaijanis living on the other side of the Araz actively supported the Azerbaijani army and obstructed the actions of the Iranian security services.

Now that all masks in the region have slipped, there is no longer any point in hiding the historical act of betrayal the “Islamic” Republic of Iran committed towards its fellow believers. Many of us had known for a long time, since well before the war, that Tehran did not want our lands to be liberated from the Armenian occupation. And if it was not for the incursion of the Iranian troops, the liberation of Zangilan would not have taken place on October 20, but even sooner, and the Armenian units would have suffered an even more crushing defeat there. Iran made its intentions clear not only now, by conducting exercises on the border with Azerbaijan, but also in the fateful days of the liberation war. As the President of Azerbaijan, Supreme Commander-in-Chief of the Armed Forces Ilham Aliyev said, the war showed who, which countries are real friends of Azerbaijan. “We are a people who values friendship,” the president said. And, we believe, another very important thing for us Azerbaijanis, who tend to forget and forgive easily, is to never, NEVER forget and never forgive betrayal.`