Azerbaijani-Iranian relations have not been particularly friendly in recent history, periodically becoming even very tense. As a rule, this happens because of the painfully jealous attitude of the Iranian authorities to Azerbaijan's independent foreign and domestic policy. 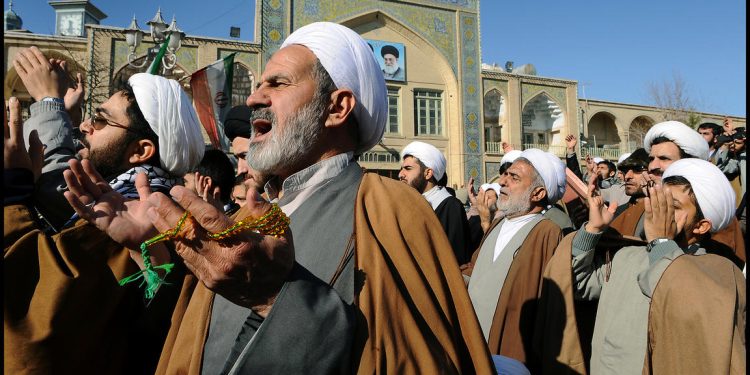 Unfortunately, we have to state that even now Iran’s policy towards Azerbaijan has not undergone significant positive changes. This has become especially clear over the past two years after Azerbaijan regained control over its own territories occupied by Armenia in the Second Karabakh War [in 2020].

And judging by the increased provocative attacks against Baku literally in the last month, it can be argued that the new alignment of forces in the region is causing Tehran growing concern. This is felt primarily by the increasingly aggressive rhetoric of statements, which, as usual, are devoid of any logic and grounds. Iran also demonstrates its dissatisfaction with its neighbour by pulling military equipment to its border under the pretext of military exercises, as happened once again last week. Baku is patiently watching the clearly inflammatory actions of the neighbouring state and, in order not to escalate the situation on the border, does not make categorical statements.

In its foreign policy, Baku among other aspects invariably adheres to two important principles. First, we should try to maintain a stable situation on the border with any neighbouring state and in the region as a whole, and we should confirm this with specific actions and show an example to our neighbours in the region. And secondly, Azerbaijan does not succumb to any provocations, as its “well-wishers”, in particular Armenia, dream of, since any disagreement in Baku-Tehran relations automatically works for Yerevan’s interests.

Currently, Iran’s discontent is caused by the prospect of opening the Zangazur corridor, which will connect Nakhchivan with the country’s western regions, which is being sought not only by Baku but also by Ankara. It is no coincidence that Turkish President Recep Tayyip Erdogan, during a recent visit to Azerbaijan, at a joint press conference with President Ilham Aliyev, said that “all fears and anxieties in some circles about the Zangazur corridor are inappropriate”.

“After all these steps taken in Karabakh, there is no reason to fear anything,” Erdogan said, noting that Azerbaijan contributes to regional peace, security and stability through its actions and will provide trade and investment opportunities to all countries located on the Middle Corridor route through the Caspian Sea.

The Turkish president’s message confirming Azerbaijan’s peace-loving policy is also addressed to Iran. Erdogan’s statements are especially relevant against the background of Tehran’s recent demands to prevent border changes in the region, because, according to Iranian mullahs, this is a “red line” for them.

The fact that Tehran, which has been indifferently observing the Armenian occupation of Azerbaijan’s Karabakh for almost 30 years, and today is openly trying to obstruct the Armenian-Azerbaijani border’s delimitation, and the implementation of the Zangazur corridor project, is a very revealing fact for Baku. During the occupation period of the Azerbaijani territories, Iran established profitable logistical ties with Armenia and now does not want to lose these benefits. Tehran’s illogical statements to Baku are undoubtedly based on its own interests, for the promotion of which Iran uses the Armenian factor.

Speaking out against Baku’s peaceful and just policy, Iran is showing pro-Armenian hostility to Azerbaijan right now, when the restoration of Karabakh has begun. However, Tehran’s hostile policy towards Baku is not limited to regional borders. Iran also demonstrates its open hostility to Azerbaijan through the internal factor in the person of about 30 million Azerbaijanis living in the Islamic Republic. Azerbaijanis on the other side of the Araz River, although they are Iranian citizens, nevertheless, their rights are systematically violated there. In Iran, they are forbidden to receive education in their native language and a small number of printed publications in Azerbaijani. At the same time, any attempt by Azerbaijanis to create any associations or organizations in Iran is regarded as a threat to the authorities and the state, and, as a result, tough steps are being taken against “violators”.

South Azerbaijan is located in Iran’s northwest and includes three provinces – Ardabil, East and West Azerbaijan. The province of Zanjan, although not an administrative part of South Azerbaijan, is considered its eastern border due to the predominant Azerbaijani population there. And the situation with human rights throughout this vast territory is far from the best, for which the Mullah regime is criticised by human rights defenders, activists, and non-governmental organisations. What is happening in South Azerbaijan is also of concern to international organisations, such as the UN General Assembly, the UN Human Rights Commission and other authoritative structures. Iranian special services periodically round up activists of the national liberation movement in South Azerbaijan and subject them to arrests and torture. In short, the infringement of Azerbaijanis’ national rights in Iran has become part of the state policy promoted by the Mullah regime.

Strangely enough, the attitude towards the ethnic Armenian population, which is much smaller, is strikingly different in this country. Thus, in a totalitarian Islamic state, the broadcasting of Armenian radio is welcome, and Armenian children are freely taught in secondary and higher institutions in their native language. There are three main Armenian communities in Iran now – in Tehran, Iranian Azerbaijan and Isfahan. Interestingly, the connection between the communities is supervised by deputies of Armenian origin in the Iranian Majlis, zealously defending the rights of their fellow men in Iran. That is, while the infringement of the rights of Azerbaijanis does not stop in the country, Armenians freely live in any part of Iran and can enlist the support of not even Iranian, but Armenian members of the [Iranian] parliament.

With a 60,000-80,000-strong Armenian population in Iran, there are more than 29 educational institutions with the Armenian language of instruction, most of them in Tehran. There are several dozen Armenian churches in the country, and the government ensures the safety of Christian churches. And here the conclusion suggests itself that the regime’s biased, openly hostile attitude towards Azerbaijanis living in the country is most likely caused by fears that they may take to the streets of Tabriz and Ardabil demanding independence.

The paradox is that the Iranian Azerbaijanis have been systematically pushed to such a step for decades by those who have ruled Iran for the past hundred years. By and large, such fears are not so groundless, because Persian chauvinism, directed for some reason specifically at ethnic Azerbaijanis, may encourage them to take radical actions against the policy of the mullahcrats. At least our brothers in Iran have every right to claim an independent South Azerbaijan. Moreover, this will be exclusively the restoration of historical justice.