Tensions are likely to rise as Turkey seeks to gain more influence, and Iran balances Ankara by working with Russia to help Armenia stabilize its weakening position. 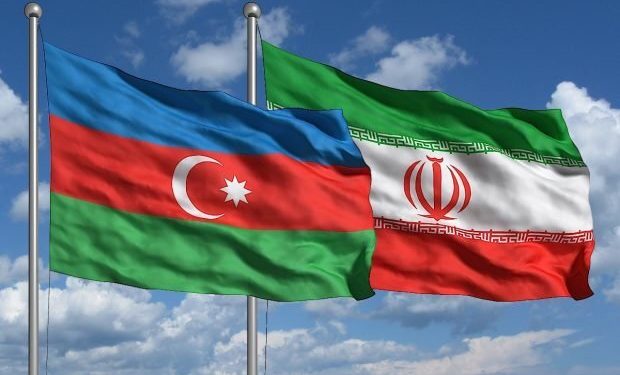 For the second year in a row, the South Caucasus is seeing tensions rise as states are scrambling for influence in a region that is increasingly important for energy and as a transit point between Europe and Central Asia.

The West has also been notably absent. In 2020, Europe and the United States were idle at best in addressing the second Nagorno-Karabakh war between Armenia and Azerbaijan. Now the West is distracted from Azerbaijan-Iran tensions, which might have wider ramifications for future realignment in the South Caucasus.

Iran was unhappy with the results of the 2020 war which shifted the status quo established since the first Nagorno-Karabakh war of the early 1990s. Iran sustained a delicate balance of power where it supported Armenia, but also maintained positive ties with Azerbaijan, especially under Hasan Rouhani’s moderate presidency. A stronger Azerbaijan could be a menace considering the nationalist rhetoric of the Azerbaijani leadership of the 1990s toward ethnic Azerbaijanis living in the northern provinces of the Islamic Republic. A weak Armenia will also be detrimental to Iran’s ambition to penetrate the region and reach Georgia’s Black Sea ports as one of the alternative routes for trade with Europe.

Through this balancing, Tehran aimed to maintain its special place in the geopolitics of the South Caucasus where Russia was historically dominant, and Turkey aspired to elevate its position.

The status quo also allowed Iran to leverage one of the few geopolitical levers it had by acting as a transit route for Baku, which had to circumvent Armenia’s southernmost province of Syunik to reach its Nakhchivan exclave.

This geopolitical edifice came down as a result of the 2020 war. Armenia was heavily defeated by an ascendant Azerbaijan, which joined forces with Turkey to create a new status quo along Iran’s northern border. Iran’s peace initiatives were spurned both by Armenia and Azerbaijan as well as Russia and Turkey. Russian and, to a smaller degree, Turkish troops are now stationed on Azerbaijani soil. But as a continuation of its pragmatic foreign policy, Iran’s then-foreign minister, Javad Zarif, acknowledged and congratulated Azerbaijan on its victory during a visit to Baku in late 2020.

Iran’s absence at the negotiating table and in the conflict resolution process is notable. Yet, rather than trying to change this reality by investing in public diplomacy, regional security, and regional infrastructure, Iran has adopted a more aggressive stance in the South Caucasus via aggressive diplomacy and large-scale military drills. This occurred in response to Turkey’s strategic alliance in Azerbaijan, which is viewed as providing Ankara with a launchpad for wider Turkish involvement in the Caspian basin and Central Asia. Joint military exercises between Azerbaijan, Turkey, and Pakistan; restrictions and levies imposed by Baku on Iranian trucks which traveled to Armenia; and Israel’s established military ties with Azerbaijan have also led to consternation within Tehran.

The tensions, however, seemed managed from the very beginning. Both sides full well the limits beyond which they would not go. Iran used the spiraling tensions to send a signal to Azerbaijan, and Baku got the message. In this light, it is not Israel’s presence that caused the Islamic Republic to escalate its response, but Turkey’s re-emergence as a major power in the South Caucasus and the need to correct Iran’s declining status in the region.

The ramifications from Ankara’s resurgent position could be significant for Tehran’s foreign policy. As Iran looks for natural allies in resisting Turkish influence, Armenia and Russia are likely candidates. Both fear Turkish influence and loath Ankara’s ambitions in the Caspian Sea—the space which is seen by Moscow and Tehran as an exclusive zone where, according to the Convention on the legal status of the Caspian Sea that was signed in 2018 by the littoral states, no external military force is allowed to be present. These fears are understandable as Azerbaijan and Turkey recently held drills in the Caspian.

Russia and Iran also fear Turkey’s ambitions in Central Asia and its influence over opening up the region’s energy resources to the European market. In early 2021, Azerbaijan and Turkmenistan agreed to resolve the dispute around the Dostluq field in the Caspian waters. Turkey soon floated the idea of holding three-party negotiations. The ramifications could be vast as reduced tensions between the two Caspian countries remove yet another roadblock on the way to the potential opening of the Trans-Caspian Pipeline—a project that was touted for decades but remained unrealized due to the fears of potential Russian and Iranian retaliation and the need for a mammoth investment. Both see Turkmen gas as highly competitive and its appearance on the European market would limit Russian exports and doom Iran’s ambitions on supplying the European Union.

Therefore, it was no wonder that Iran’s foreign minister, Hossein Amir-Abdollahian, visited Moscow during the recent tensions. While Iran and Russia will remain circumspect in calling their alignment an alliance or partnership, the two states increasingly see the need to oppose the growing Turkish-Azerbaijani alliance. Sandwiched between the two powers, Azerbaijan will either have to dial down on its success and ambitions following the second Nagorno-Karabakh War or deepen its alliance with Turkey. Either way, Baku’s long-acclaimed ability to pursue an equidistant foreign policy between several players will be harmed.

Despite that the recent escalation between Iran and Azerbaijan was controlled—Baku on October 13 announced that it reached a diplomatic understanding with Iran—the resolution is unlikely to change the underlying geopolitical shifts which are occurring. Indeed, tensions are likely to rise as Turkey seeks to gain more influence and Iran balances Ankara by working with Russia to help Armenia stabilize its weakening position between its two historic foes.

Great power competition has come to the South Caucasus, and Iran will have to adjust to an intense rivalry with Turkey. This order will be chaotic, but it will nevertheless be subject to the logic of balance of power calculations. Constant realignment will be the order of the day, which means that new understandings between Iran and Russia on the need to bar Turkish influence could emerge.