British Defense Secretary Ben Wallace announced Wednesday that the UK wants to sell Turkey Eurofighter fighters, which could become an alternative to the American F-35s. 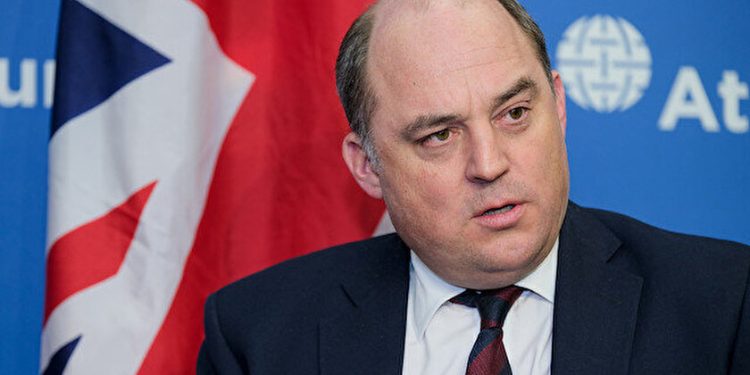 The Biden administration’s ability to create problems in relations with its partners has already become proverbial. Washington still has not fully realized that the world has somewhat changed, and now all sorts of collisions are possible when pursuing a tough policy against the United States’ NATO partner.

The White House’s stubborn reluctance to supply F-35s or F-16 upgrade equipment to Ankara was literally cancelled out by British Defense Secretary Ben Wallace’s announcement that Britain wants to sell Turkey Eurofighter fighters, which could become an alternative to the American F-35s.

London is all hunky-dory in this situation. It gets a long-term order, it gets jobs, it gets profits for the British aircraft industry. Washington is sorely puzzled. How on earth did it happen? How could it have happened? As if someone canceled the competition even between the closest allies and partners.

London easily outmaneuvered the United States by seriously backing Erdoğan. First, by showing that it does not perceive the Turkish president as a “lame duck”. Second, by showing that it can help its partners in difficult situations. And this is a logical continuation of Britain’s policy regarding Ankara.

Suffice it to recall that after the failed coup attempt in Turkey in 2016, it was the British ambassador to Ankara, Richard Moore, currently the head of SIS, the legendary British secret service, who made every effort to ensure that London immediately took a strong stand against the insurgents. And he arranged the visit of Boris Johnson, the then foreign secretary, to the Turkish capital to show solidarity with Erdoğan. It was then that Johnson’s legendary “London will stand shoulder to shoulder with Ankara” was voiced.

NATO is not a monolith. And if any member of the North Atlantic Alliance feels that it can outflank its partners in promoting its national interests, it will do so without any hesitation, as has been seen many times, with Britain, with Turkey, with Germany, and with France. Even Poland will not pass up an opportunity to gain an advantage.

Apparently, this is the strength of this alliance, because competition prevents stagnation. Every day there are new challenges that require prompt solutions. And when threats become shared, the enemy will be faced with “unshakeable determination”, be it Iraq or Afghanistan.

And just in time came the news of the criminal prosecution of Bob Menendez, chairman of the US Senate Foreign Relations Committee. Details are not yet known. “Senator Menendez is aware of an investigation. Should any official inquiries be made, the senator is available to provide any assistance that is requested of him or his office,” the office of the chief lobbyist for Turkey’s refusal to sell the modernization unit for the F-16 and Ankara’s exclusion from the F-35 program said.

However, the claims against Menendez are an open secret. As usual, the senator, who is very responsive to the requests of the Greek and Armenian diaspora, once again crossed the red lines. The man loves a good living and takes no orders from American legislation demanding he act more humbly.

He already had a history of accepting millions of dollars in donations to his election fund in 2015, flying luxury charters, vacationing in luxury hotel rooms in Paris and the Dominican Republic, for which he was investigated, but he learned nothing from that. Once again, he was unable to refuse the offer of a luxurious life from the Greeks and Armenians.

As a result, the anti-Turkish campaign he led has been completely compromised. The US military-industrial complex has suffered serious losses, which it will certainly recover from Biden in the midterm elections. Somewhere out there London and Ankara are happily rubbing their hands.