Container transportation on the Middle Corridor increased by 28 per cent in the first quarter of 2022, compared with the same three months last year. 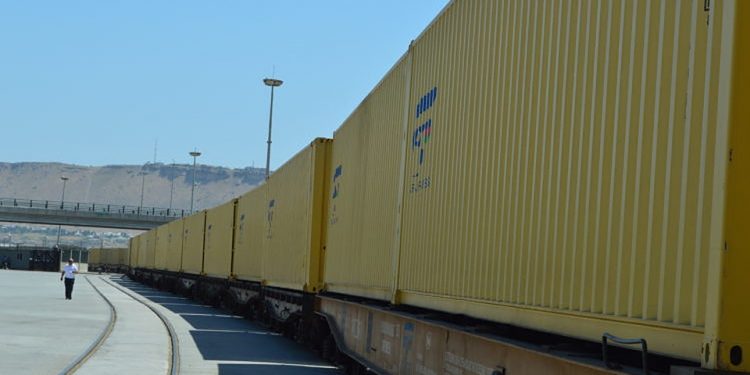 This is according to Ady Container, a subsidiary of Azerbaijan Railways and an active player on the Middle Corridor.

The route connects China and Europe via Kazakhstan, the Caspian Sea, Azerbaijan and Georgia. This has become a popular alternative to the main route via Russia and Belarus. Whereas Q1 2021 saw less than 16,000 containers passing through this corridor, Q1 2022 recorded 19,500 units on the sea-rail route, the figures tell.

Although growth is apparent, the Middle Corridor still plays a minor role in the transportation of goods between Europe and Asia. Before the war in Ukraine started, the share of the corridor was between 3-5 per cent, while the main route Kazakhstan-Russia-Belarus accounted for the bulk of traffic. Some of this traffic is now shifting to the Middle Corridor.

With this shift also comes a challenge. The corridor has so far been unable to absorb larger volumes. The capacity of the corridor needs to be increased. A first step was taken with the launch of additional feeder services over the Caspian Sea. The number was increased from two to three, and should be increased again to six this September.

But the infrastructure requires upgrades on more points. A popular route is from Georgia via the Black Sea to the Romanian port of Constanta. Although vessels have been made available for the sea leg, the rail infrastructure in Romania is relatively outdated.

A more developed rail corridor is the Baku-Tblisi-Kars railway line, running from Azerbaijan to Turkey. This route has been successfully facilitating Eurasian traffic for several years, but, it is most beneficial for traffic to destinations in the southern half of Europe.

Ady Container will start two new services to the port of Constanta. One service crosses the Caspian sea from the Kazakh port of Aktau, the other from the Turkmen port of Turkmenbashi. From the port of Poti to Constanta is a two-day journey, the railway undertaking notes.