Arsen Torosyan, former Armenian Health Minister and an MP of the ruling Civil Contract party, believes that Yerevan should build relations with Baku and Ankara "without middlemen". 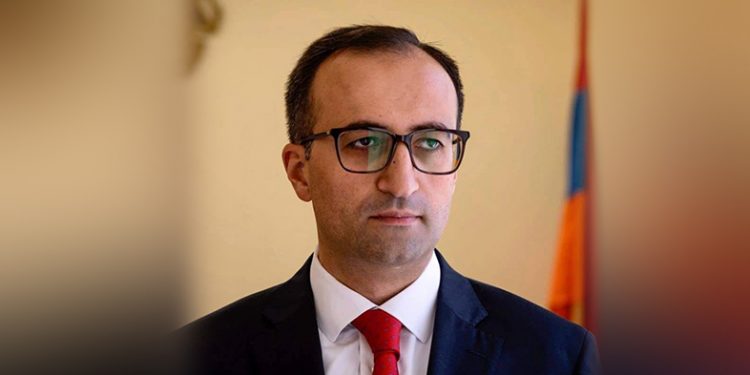 “As a nation, a people and a state, we have been told over and over again that we will never be able to live in peace with our neighbors,” Torosyan stressed. “Both internal forces with various agendas and different states kept telling us: ‘You will not be able to solve your problems with these neighbors of yours on your own, so we have to be involved.'”

The ex-minister argues that the time has come to get rid of outdated stereotypes and to realize that Armenia can well act independently to build a peaceful life with its neighbors.

“And yet we live with completely opposite views, believing that peaceful, neighborly coexistence with Turks and Azerbaijanis is impossible. If we succeed in breaking this stereotype in the collective consciousness of the Armenian society, we will be able to sit down with our neighbors at the negotiating table and find compromise solutions,” Arsen Torosyan said.

Otherwise, the politician points out, Armenia will stay in its dead end forever, doomed to suffer new calamities.

The ideas voiced by Torosyan confirm that despite the revanchist sentiments prevailing in the Armenian society, some representatives of Armenia’s ruling elite have a clear understanding of the post-war reality and the need for peace talks as essentially the only way out of the sociopolitical and economic impasse in which the country has found itself.

Of particular interest is the fact that Prime Minister Pashinyan’s associate calls for unmediated negotiations with Azerbaijan and Turkey. This position was repeatedly voiced by President Ilham Aliyev, as he emphasized in his speeches Azerbaijan’s readiness for direct negotiations with Armenia. The Azerbaijani leader has also made it clear that he considers the involvement of neutral players supporting the peace process acceptable.

But Arsen Torosyan deliberately stressed that he was not happy with middlemen. What did the former health minister mean? And how can the involvement of mediators stop Armenia from achieving peace with its neighbors?

Torosyan did not say it openly, but he gave several transparent clues to make it easy to guess whom he meant. When the MP says that the Armenian leadership is constantly being told that even a long-term peace agreement will not be able to eliminate the permanent threat allegedly coming from Azerbaijan and Turkey, he means Russia. It was Moscow that for decades justified its military support to Armenia by the “threat from Turkey and Azerbaijan”. And it is Moscow that to this day insists that it is impossible to ensure Armenia’s security without Russia’s presence in the region.

By the way, these time-worn “horror stories” are the ideological fuel that feeds the revanchist forces in Armenia, as they are doing their best to disrupt the regional peace process. But as Arsen Torosyan accurately put it, “Armenia’s dependence on the state that increases its military presence in Armenia’s territory and prevents Armenia from normalizing relations with its neighbors is a road to a dead end”.

And there is only one way out of this dead end—direct negotiations with Azerbaijan and Turkey.