Igor Strelkov (Girkin), former commander of the Donbass separatists and ex-FSB officer, suddenly sobered up and continues to talk about the failure of the Russian "special operation" in Ukraine. 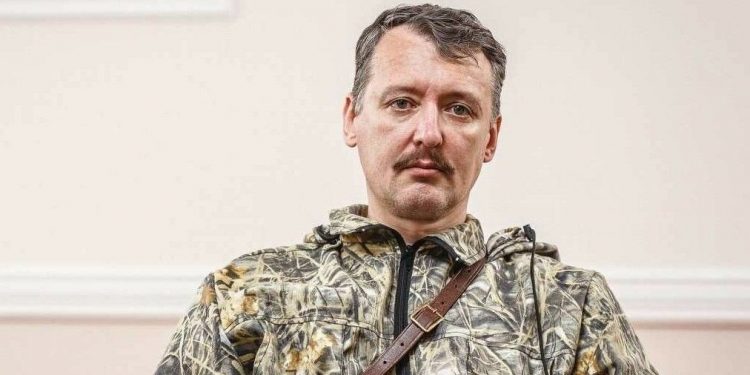 In an interview with Svobodnaya Pressa, the criminal said that the decision to send in troops had been hatching in the Kremlin for quite some time, and that the sanctions came as a real surprise to Moscow.

“Only a fairly small group of Russian leaders knew about this decision. Secrecy was a serious concern. That is why in this case it was possible to take by surprise both the authorities of Ukraine and those people in our country who could inform the West in advance about the preparation of this special operation.

“But as a result, the beginning of the special operation was really a surprise, apparently, also for many top officials of our country responsible for the economic bloc, for the financial standing of the state, for the property of the Russian Federation.

“Most likely, these people had not anticipated the West’s response to what happened. Perhaps they expected the sanctions to be more superficial again. More than that, they expected them to be vague, as they had been before. That there would be holes in these sanctions. That some countries would go along with them and some would not.

“The united position of the West, almost all European countries not only supporting the sanctions, but also starting to strengthen them through their own capacities—all this seems to have been an unpleasant surprise for the Kremlin,” he says.

He finds it difficult to gauge to what extent Moscow understood that the special operation would be long and rough. It looks like the Kremlin thought that our offensive would develop, on the contrary, very quickly and would quickly lead to obvious strategic victories.

According to him, the Russian leadership was disoriented and misled by the events of 2014, when “the operation in Crimea had been easy and bloodless”.

“This is exactly what Moscow expected to happen. All my colleagues from various former military operations, who have been involved in the planning of the current hostilities in one capacity or another, are telling me this.

“They are all saying in unison that they were given instructions from above that were consistent with the 2014 state of things. Reporting on the situation, the commanders claimed that there would be no serious resistance from the Ukrainian armed forces. Moreover, there would be mass defections to the Russian troops. And local administrations would immediately switch over to the Russian side. Just like they did in Crimea.

“Even indirect information from the war zone attests to this. In particular, you will recall that during the first two days of the operation, there were no strikes on the permanent stations of Ukrainian troops. That is, when it was possible to inflict irreparable losses on them, when they were sitting in barracks with no time to deploy. It was during those two days that the Ukrainian troops withdrew from their stations in an organized manner, without losses, and engaged us in combat.

“This also indicates that Moscow did not have any plans to fight them in earnest. The strikes were aimed only at communication facilities and individual command centers. No more than that.

Then the adjustment gradually began. Around the third or fourth day the realization dawned that a lot had gone wrong in Ukraine. Serious air and missile strikes were launched.”

Strelkov says that it was not a revelation to him that the Ukrainian army would put up fierce resistance to the Russian army.

“It was by no means news to me that a large part of Ukraine’s population, who in 2014 had been ready to welcome us with flowers, either turned away from the Russian Federation, or took a distinctly hostile stance against us, or were sullenly neutral and passive about the arrival of Russian troops.

“Once again, this is not a revelation to me. Why was it a revelation for the Kremlin? So, the picture our experts painted for the highest military-political leadership of the country turned out to be, to put it mildly, unreliable. And the military operation was planned on the basis of this unreliable information. At first it was not focused on standard military tasks, such as the defeat and destruction of the enemy’s manpower and equipment, and the rapid advance in certain key directions.

“As a result, the forces at our disposal are now advancing in five main directions. To the north, to Kyiv, along both banks of the Dnieper River at once. Then to Kharkiv, to Mariupol on the southern flank. And from the Crimea in two divergent directions.

“We are now actually playing by the enemy’s rules,” Strelkov said.

Hero of Russia Strelkov: If things keep going like this, we won’t have any personnel left.