Analyzing the situation in Armenia over the past six months, one comes to the conclusion that everyone is against everyone there, and it would only take a spark to push the country to a domestic strife. 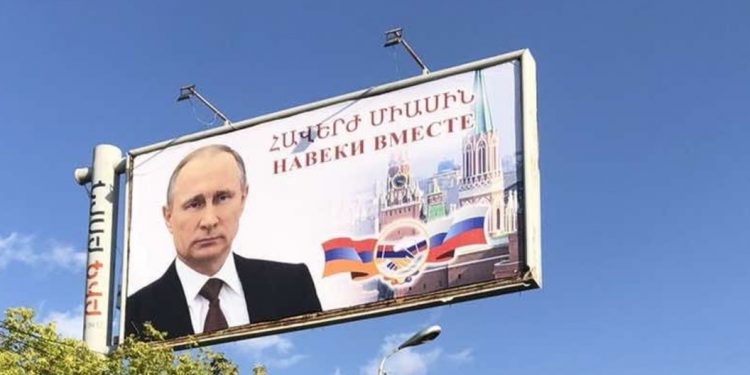 Disappointed, ordinary Armenians are blaming the past and present governments for dragging the country into a dreary socio-economic and political quagmire.

Amid recent rallies in Yerevan, the world wide web is flooded with Armenians’ hateful comments. These can be taken as a barometer of dangerous sentiments, gauging the situation in the country. Statements like “Armenians don’t need Artsakh!”, “We have no army that can defend our people!”, “Artsakh people fled from the war to Yerevan while our men died there for them” give an insight into the upheavals in the public and political consciousness of Armenians.

Interestingly, not only Armenians living in Armenia are saying this, but also foreign Armenians, who actively share this position with the local population. No one believes the opposition as its leaders promise to overthrow Pashinyan’s government, rescind the November 9 statement and take back Shusha, Hadrut and other territories. The opposition won’t say how it will be done, and their declarations are therefore perceived by the public as nothing more than soap bubbles. Apparently, there are not as many naïve people in the Armenian society as the opposition believes, and no one is willing to commit suicide voluntarily. People realize that by criticizing the authorities, they become dispensable pawns in the opposition’s game.

Another dangerous situation is the recent rapid expansion of the anti-Russian campaign in Armenia and the increased activity of the media in this process. The general perception is that Putin has betrayed the Armenian people, and the main reason the present opposition has not succeeded in achieving its goals is that it is pro-Russian.

There are certain evident details about the anti-Russian opposition, now even more active after the recent visit of Russian Foreign Minister Sergei Lavrov to Yerevan. The Armenian media are no longer hesitant to openly accuse Russia of occupying Ukraine’s territory and to use the phrase “this swindler has become an example for all Russian diplomats” about the Russian Foreign Minister. They were outraged by Lavrov saying nothing in Armenia’s about the situation in Karabakh during his visit to Yerevan, offering not even a word of hope, but declaring instead: “The Russian Federation is trying to increase the number of Russian schools in Armenia, considering the wishes of its Armenian friends, to improve the expertise of Armenian teachers”.

There is no doubt that this was Lavrov’s way to once again convey the Russian government’s disapproval to official Yerevan. The Russian government is aware that in the monoethnic state of Armenia, neither the previous authorities nor the current ones have done anything about the situation with the Russian language, and Russia’s initiatives have gone unheeded. Meanwhile, Speaker of the Russian State Duma Vyacheslav Volodin back in July 2017, Russia’s Commissioner for Human Rights Tatyana Moskalkova in November 2018, and former Russian Minister of Science and Education Olga Vasilyeva later explicitly and implicitly expressed their protest to their Armenian counterparts at various events.

The lack of interest in promoting the Russian language and culture in Armenia was primarily seen as a manifestation of racial and national discrimination. This means a gross violation of the strategy of the alliance: Armenia, an outpost of Russia, pursues only its own interests in bilateral relations, enjoying the Kremlin’s favors, and when Yerevan has to do something in return, it uses various excuses, allegedly protecting its national interests. The Armenian government is reluctant to take concrete steps.

The Armenian press is mocking and degrading the statement that envisages the development of the Russian language in Armenia, made by the Minister of Foreign Affairs of Russia, which is now excluded from the Bologna Process. They do not even hesitate to call Lavrov a traitor to Armenia, bringing up not only the legal and political, but also the historical and moral obligations Russia has towards Armenia.

This means that the historical alliance is no longer as impressive as it used to be. This means that only the pro-Russian opposition fighting against Pashinyan’s government wants Russia’s presence in Armenia. But Armenians do not believe them.