Serbia in talks with Azerbaijan to buy gas for next year

Serbia, which is fully dependent on Russian gas supplies, plans to purchase gas from Azerbaijan in 2023 when it expects an interconnector to Bulgaria's pipeline to be completed, Serbia's energy minister said on Tuesday. 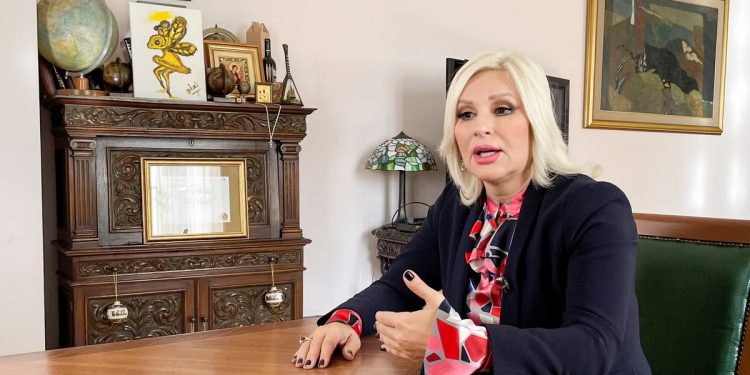 “We are currently talking to Azerbaijan to book gas capacities for the next year because the Serbia-Bulgaria interconnector will be completed next year in September,” Mihajlovic said at an energy conference in Sarajevo.

Last week, Greece and Bulgaria completed a long-delayed gas pipeline which they hope can contribute to ending Europe’s dependence on Russian gas. It will carry gas from the northern Greek city of Komotini to Stara Zagora in Bulgaria and be linked to another pipeline carrying Azeri gas. read more

“This interconnector is for us like a lifeblood, the most important what Serbia is currently doing when we talk about gas diversification,” Mihajlovic said.

Once the interconnector with Bulgaria is completed, Serbia will also be able to get LNG from Greece, she added.

Serbia, which in 2008 put its gas and oil sectors in the hands of Russian companies but aims to join the European Union, has come under pressure from Western countries to align its foreign policy with the bloc and impose sanctions on Russia.

Mihajlovic said Serbia had not discussed an ownership change in its sole oil company NIS, in which Russian majors Gazprom Neft (SIBN.MM) and Gazprom (GAZP.MM) together hold a majority stake. Gazprom is majority shareholder in the country’s sole gas storage facility.

“We were not required to do that under any package of sanctions,” she said. “But if it comes to the point that energy security has been endangered, the state will do anything to protect it.”

Mihajlovic said that NIS has been looking to buy crude oil from available producers now that the Russian oil has been put under sanctions, and that it is going to order crude from Iraq.

She said that Serbia has to import 10% of its electricity needs and that the imports will rise to 20%-30% during the winter months, when prices are expected to go up 15%-20%.

Serbia, which produces 70% of its electricity from, will help the state power utility EPS to import 4 million tonnes of coal it will need by the first quarter of the next year, Mihajlovic said.