When Ilhama Safarova immigrated to the U.S. from her homeland of Azerbaijan in 2018, the former nurse didn’t plan to open a bakery. The move was so her daughter, Shukrana, could attend college in the District. 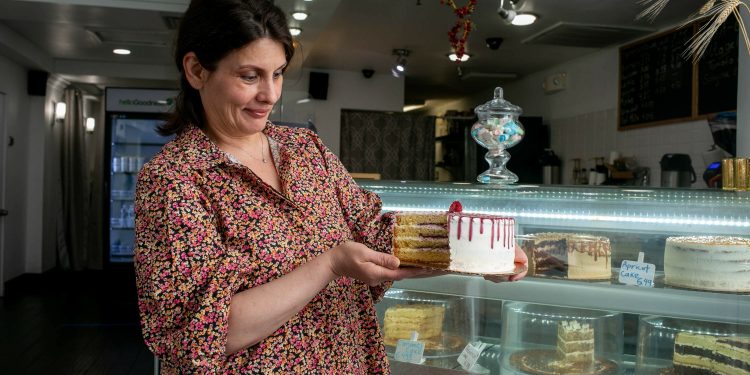 But when the longtime home baker began sharing some of her creations with friends in the States, they all urged her to go pro. Eventually, she listened.

Safarova leased a space at the northern end of Adams Morgan with a plan to open in mid-March last year, but the pandemic upended her schedule. She finally opened the bakery in July. It was difficult. On top of the ever-shifting restrictions and regulations, Safarova still finds herself having to educate customers mostly unfamiliar with Azerbaijani cuisine. “Baking and cooking is the easy part, the business is the hard part,” says Safarova in Azerbaijani with her daughter translating.

Despite it all, her friends were right — going pro was the right move. The cases are full of an alluring array of pastries, including many she enjoyed during her childhood in Nakhchivan and the years she spent living in the capitol city of Baku. 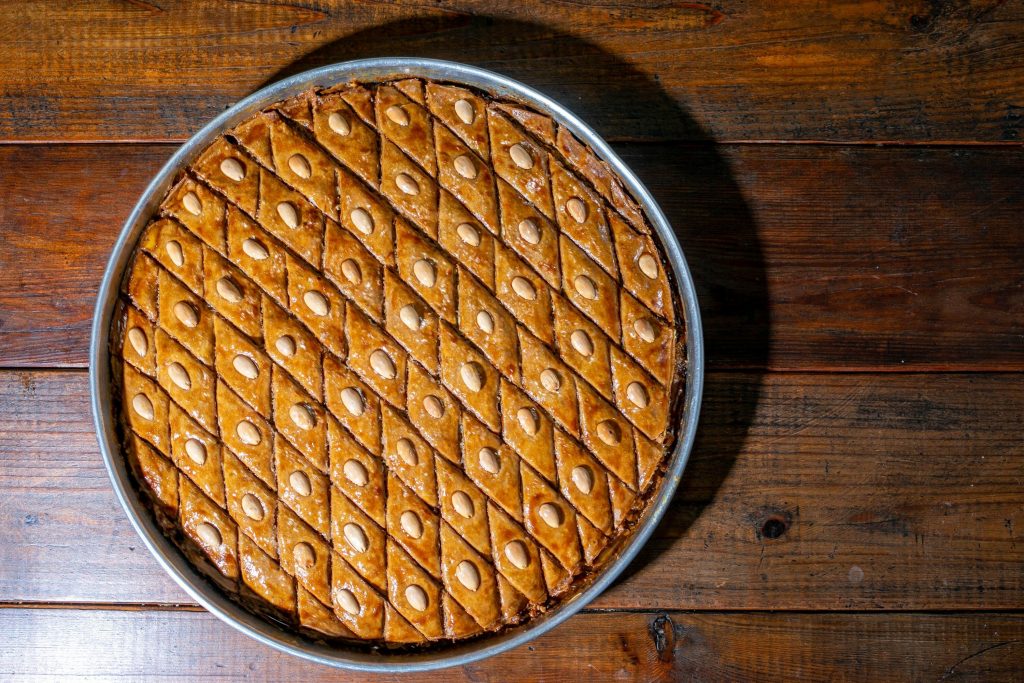 Cakes are front and center, and with good reason: They taste just as good as they look. The most popular is her 32-layer honey cake decorated with a honeycomb imprint on top. Based on a Russian recipe, which became popular during the Soviet rule of Azerbaijan until its independence in 1991, Safarova subs in whipped cream for traditional sour cream that is interspersed between delicate levels of honeyed cake. “They’re so thin you can see through them,” says Safarova, who crushes the pastry to create the crumby coating she applies on its exterior.

Other creations that may be new to some Americans are absheron cake, which punctuates walnut-dotted vanilla cake with layers of baked cream, and Russian Napoleon cake, similar to French mille-feuille with contrasting layers of crispy pastry and creamy custard.

More familiar cake flavors include chocolate, raspberry, apricot, carrot, and chocolate-caramel. All are less sweet than their American counterparts, since Safarova shows a restraint with the sugar throughout her work. In addition to what’s on hand, custom cakes are available to order. 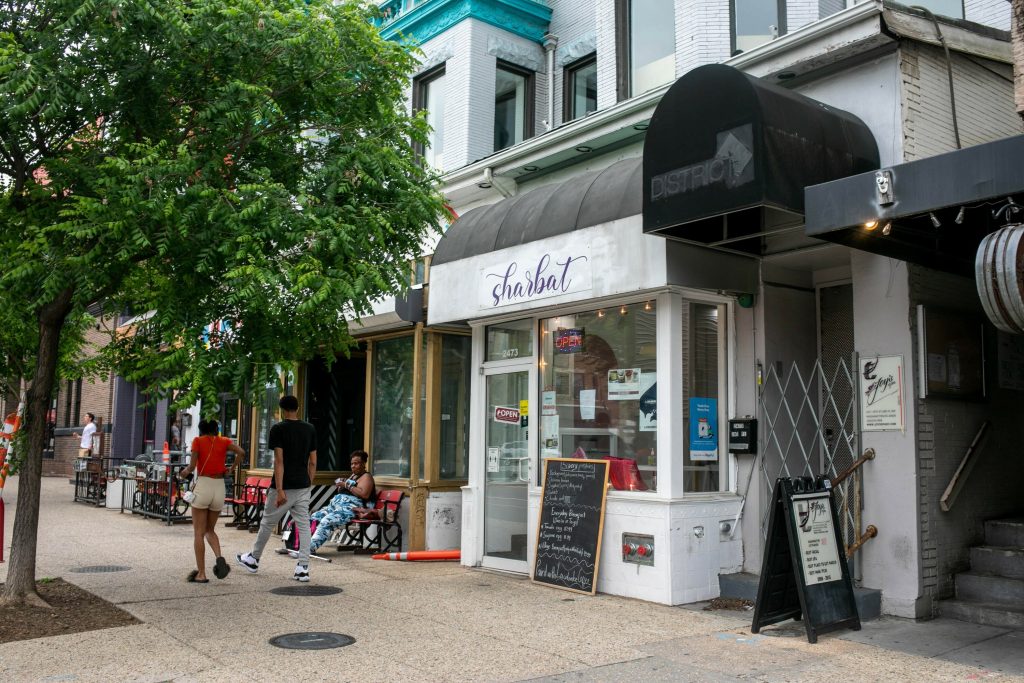 A must-try sweet pastry is Safarova’s showstopping pakhlava, the Azerbaijani version of baklava. It takes four hours to make a single batch. Boasting 15 layers with a perfectly placed almond atop each diamond shaped piece, ground walnuts hide under it golden exterior.

Elsewhere in the case, there’s goghal, a flaky pastry redolent with cumin, black pepper, and aniseed. Banana-shaped banan doesn’t feature the namesake fruit, rather a mash of sweetened ground walnuts. Cheery sheker chorek sugar cookies beam with a sunny drop of egg yolk at their center. Perhaps most eye-catching are the shekerbura, dainty half-moons decorated with intricate crimping. Take a bite to find ground hazelnuts accented with cardamon. All go well with the drinks on hand, including black tea sourced from Azerbaijan and La Colombe coffee.

For those in a savory mood, there are Georgian xachapuri – flaky pastry wrapped around either feta cheese or well-seasoned ground beef – and borek pastries packed with spiced shredded chicken, bell peppers, and carrots. At breakfast time, expect sprawling platters – featuring everything from eggs and sausage to bread and olives – and omelet-style eggs pocketed with either tomatoes or soujouk, Turkish beef sausage.

Currently, there is limited indoor seating, but everything is available for takeout. As the world reopens further and Safarova settles into her unexpected new career, she plans to expand the menu further and include dinner options.