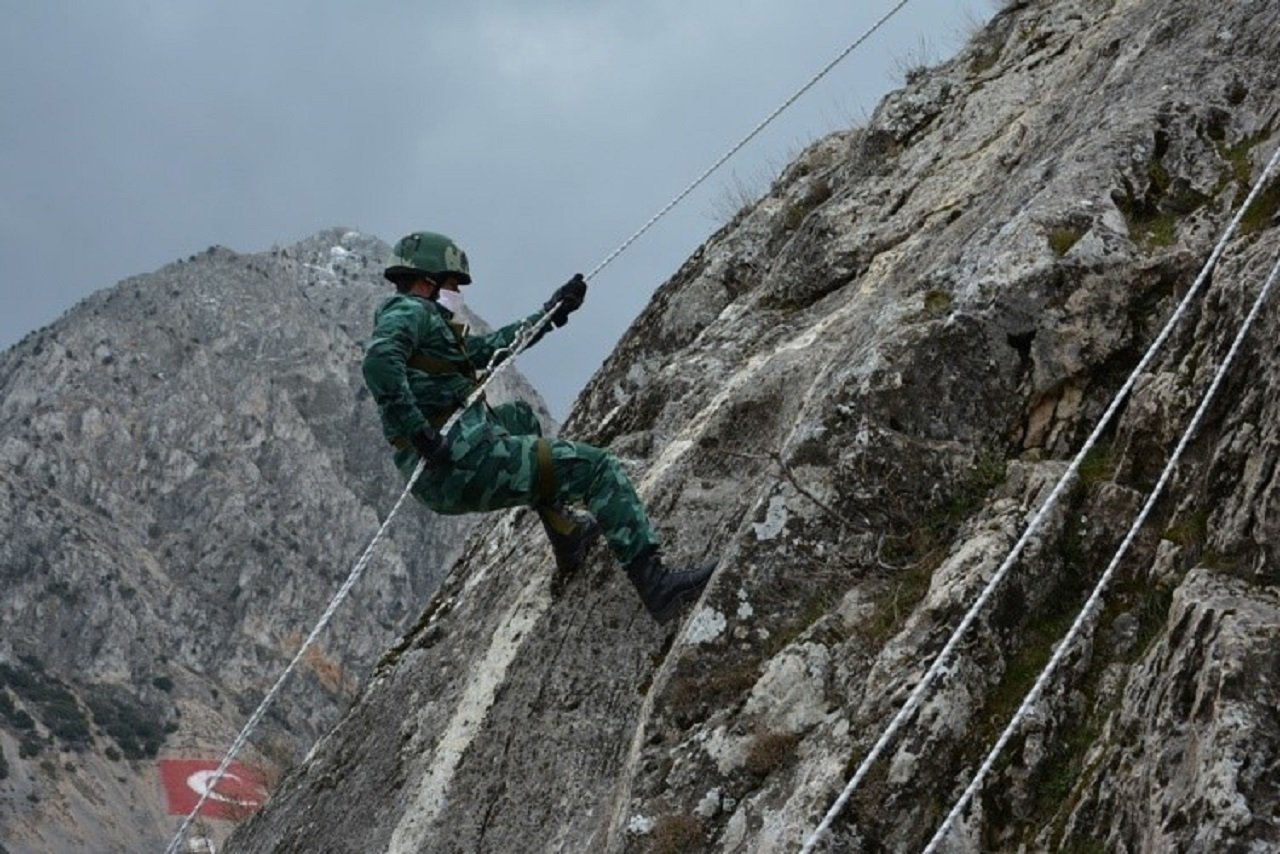 A soldier participates in the Turkey-Azerbaijan Mountaineering session provided by the Turkish military in southern Isparta province, March 28, 2021. (AA Photo)

In a statement, the ministry said the training took place in the mountaineering commando school and training center in the southern Turkish province of Isparta.

The drill mostly focused on operational capabilities during the harsh weather conditions of winter months, including practices of sheltering, reinforcement, maintenance and educational development.

Ground and air assaults, airdrops, airborne operations and logistic support were practiced by both militaries.

Ankara and Baku, with the participation of the countries’ air and ground forces, launched joint military drills last year in the wake of Armenian attacks on Azerbaijani border points.

Turkey heavily put its support behind Azerbaijan, whose Nagorno-Karabakh region remained under illegal Armenian occupation until recently, with international organizations, including the United Nations, demanding the withdrawal of occupational forces.