What will Israeli politics be like after the election victory of the right-wing bloc, which includes Benjamin Netanyahu's Likud party, and two blocs of religious parties - Jewish traditionalists and religious Zionists? 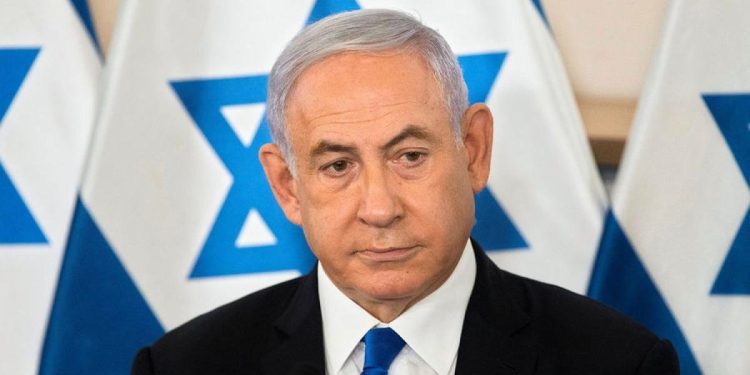 As for foreign policy, no major changes are expected here, especially with regard to Russia and Ukraine. Netanyahu was the architect of Israel’s policy of rapprochement with Moscow and in the recent past was very proud of it. At the same time, Israel has refused and will continue to refuse to supply arms to Ukraine.

Israel has such technologies and high-precision weapons with which the AFU could inflict great damage on the RF Armed Forces. But the AFU will not receive them. Denying military assistance to Ukraine (assistance that could affect the strategic balance on the battlefield and allow Israel to earn billions of dollars while enhancing its global stature) is a decision of strategic importance. Moreover, Israel is providing the wealthy Russian elite with state-of-the-art clinics for treatment. Netanyahu’s ostentatious visits to Moscow in the past have also been significant, including on May 9, Russia’s major holiday, which best expresses the country’s national ideology.

In exchange for all this, Russia allows the Israeli air force to regularly destroy Iranians and their proxies in Syria. Russian air defences do not fire on Israeli planes. Tel Aviv sees the destruction of Iran’s military and political infrastructure in Syria as one of its main objectives. Thus, it can be said that there is a close geopolitical partnership between Israel and the Russian Federation.

On the other hand, the key partner of Israel is the US. Israel is America’s main ally in the Middle East. It gets crucial political, financial, and military aid from the Americans; it buys the latest weapons from them, and its main economic engine, the high-tech sector, has a symbiotic relationship with Silicon Valley and the leading American technology companies. Because of its high dependence on the US, there will be no change in Israel’s position here: humanitarian aid to Ukraine, neutrality in the Russian-Ukrainian conflict, and only that. The outgoing Lapid-Bennett government pursued a similar policy.

Exactly the same applies to all major areas of foreign policy – no major changes in the offing.

As a result of the Arab Spring, the Arab states have weakened. On the other hand, the US, concerned about confrontation with China and Russia, has weakened its presence in the Middle East. Both factors have led to the fact that the main forces in the region today are grouped around the three most powerful non-Arab countries, Israel, Iran, and Türkiye, which are competing with each other for spheres of influence.

Netanyahu will continue to confront Iran and bomb the Iranians and their allies in Syria. Likewise, he will continue his rapprochement with the Gulf Arab countries, which are just as interested in him as Israel because they fear Iran. Israel may in time achieve its military presence in the Gulf countries as well. As the Iranians move towards Israel’s borders, having gained strong allies in Lebanon (the Shiite militia Hezbollah with its 150,000 rockets and drones aimed at Israel) and Syria (Bashar Assad’s government and the numerous Shiite pro-Iranian militias deployed in that country), Israel wants to move towards Iran’s borders and is gradually doing so.

Iran has drawn closer to Palestinian Sunni Islamists from Hamas and to other Palestinian groups that oppose Israel in the Gaza Strip and the West Bank, such as Islamic Jihad.

The Israelis, for their part, have established a serious agency inside Iran, a network of well-trained operatives who are engaged in eliminating high-ranking members of the Iranian security forces. The other day, this network most likely revealed itself by eliminating high-ranking officers – members of Iran’s Islamic Revolutionary Guard Corps (IRGC). According to some reports, the Israelis have been able to train a number of Iranian fighters who oppose the regime. In fact, these forces are supporting the growing Iranian rebellion against the regime.

With the Arab-Iranian confrontation coming to the fore, the UAE and Bahrain have normalised relations with Israel and are interested in pooling their capital with Israeli high-tech, including above all military technology. Saudi Arabia is moving in the same direction.

So the Palestinian-Israeli conflict has been relegated to the back burner. Netanyahu, like the outgoing Bennett-Lapid government, will continue on the same course, maintaining the military and economic blockade of the Gaza Strip and control of the West Bank, now home to 3 million Palestinian Arabs and some 800,000 Israeli settlers. Netanyahu will continue building Israeli settlements in order to change the demographic balance in the region in favour of Israelis.

Despite the difficult relationship that has developed in the past between Netanyahu and Turkish President Recep Tayyip Erdogan, there has been some rapprochement between the two states. Neither Ankara nor Tel Aviv is interested in an aggravation. Especially since the trade turnover between the countries is $6 billion and may grow in the future. However, the competition between Israel and Türkiye is not going anywhere either. Türkiye supports the Palestinian anti-Israeli movement Hamas, which controls the Gaza Strip and has influence in the West Bank. Because Israel sees those regions as its area of interest, while Türkiye claims to be the heir to the Ottoman Empire and protector of Muslim rights, the two sides’ interests are at odds.

Israel, for its part, is forging economic and military-political alliances with Greece and Cyprus, supplying weapons to these countries, and intends to develop and export gas to Europe from fields in the Eastern Mediterranean together with them and others that have joined the so-called “Gas Forum”. This irritates Türkiye, which claims several Mediterranean regions as its own. Disputes over maritime delimitation in the region, which have intensified in recent years and have approached a dangerous line, threaten to turn into a military clash between Türkiye and Greece. This indirectly affects Israel, which has become Greece’s closest partner. Of course, it would not engage Türkiye in a military conflict over Greece. But it is Netanyahu who initiated the rapprochement with Athens and will undoubtedly continue this course, which was maintained under Lapid-Bennett. Bibi now faces the difficult task of strengthening ties with Athens without antagonising Ankara.

However, Israel and Türkiye have a common ground where their interests coincide. Azerbaijan, Türkiye’s most important ally in the South Caucasus, is both a strategic partner of Israel and the second (after India) buyer of Israeli arms, which, along with Türkiye, played an important role in Baku’s victory in the 44-day war – which goes back to the importance of Israeli military supplies.

But Israel does not just need a rich buyer of its export products. The build-up of Azerbaijan’s military power, in its opinion, should become a deterrent against Tel Aviv’s main opponent, Tehran.

The relations between the states in the Middle East are today defined less by ideology than by the international economy and the international military-political balance of power. Netanyahu is likely to continue the policy of the previous Bennett-Lapid government, which itself generally followed the course set by the previous Netanyahu government. But this course is, in a sense, a natural course, a sort of riverbed.

But the real change is in Israel’s domestic politics. The political shift in Israel is due in large part to demographic change. The bloc that has come to power consists of nationalist and religious parties. Their importance in Israeli politics is growing because of the high birth rate in the families of the ultra-Orthodox Haredim and some of the religious Zionists. Haredim, members of the ultra-Orthodox Jewish sects, currently make up about 1.2 million citizens of Israel, about 13% of the country’s population. Thanks to its high birth rate, the Jewish birth rate has surpassed the Arab birth rate. The ultra-Orthodox are projected to grow to 30% of Israel’s population by about 2060.

The number of supporters of religious Zionism will also grow, largely due to the growth of Israeli settlements in the West Bank of the Jordan River. Religious Zionism is a messianic movement that regards the entire space from the Mediterranean Sea to the Jordan River as sacred. Consequently, Israeli settlements in the West Bank are sacred in their view. The settlers are afraid of losing their good housing there if a Palestinian state is established. So many of them support a hard line on the Palestinian-Israeli conflict, vote for religious Zionist parties, and send their children to their religious schools. So the religious Zionist sector will grow not only because of demographics but also because of the increasing number of settlers. They want to get and keep great houses at a time when housing is becoming unaffordable in Israel’s overpopulated cities due to rising costs.

Parties of both religions are represented in the current government, along with Netanyahu’s Likud party. And the importance of these forces will only increase.

All the victorious parties, including Likud, are dissatisfied with Israel’s judicial system, which is associated with the secular principles of the state and enjoys substantial autonomy from the government and the parliament. So it is highly probable that Israel will enact legislative reforms. They would sharply curtail the independence of the judiciary and strengthen the executive branch, which is dominated by religious and nationalist parties. This broadly coincides with Türkiye’s political changes over the past few decades, which have strengthened Erdogan’s power and the executive power as such. Such similarities between the two powerful Middle Eastern countries are hardly coincidental.

It is just as certain that the role of religion in Israeli society will grow, and the number of regulations associated with it will increase.

Political change in the strategic perspective may be accompanied by economic hardship. Only 50% of Haredi men work, and the rest study Torah. And only a third of Haredi men work full-time. The rest work part-time and most are in routine jobs, with almost none working in the technology sector, which is the main engine of the economy. A Haredim family pays an average of NIS 1,500 a month in income tax. A non-Haredim family – secular and national-religious (religious Zionists) – pays an average of NIS 4,500. A Haredim family usually has many more people living in it than a non-Haredim family. Yet it pays, on average, a third of the taxes of a non-Haredi family. It’s pretty easy to imagine how this could affect the country’s economy. The high-tech sector is already facing a shortage of manpower.

Still, demography is more of a remote strategic issue for the economy. At present, Israel is highly likely to continue rapid scientific, technological and military development and its partners will be affected.