Why are Turkey and Azerbaijan teaming up on drones?

Although the two countries do not share a border, Turkey supports the Azeri position in the conflict over Armenia. 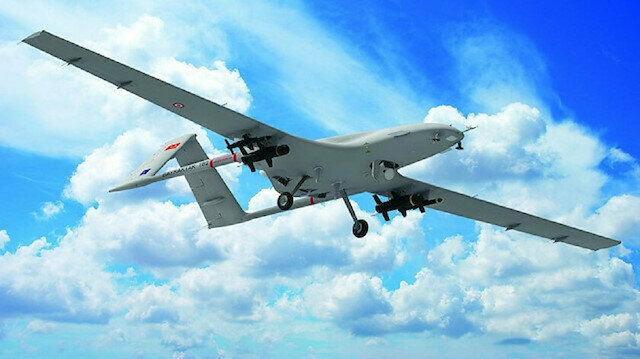 Here’s What You Need to Know: The two natural allies share religious and linguistic similarities—and now drones too.

The Azeri parliament approved of a bill in 2020 that would allow the state to accept money from Turkey that would then be used for buying defense equipment from Turkey, including Turkish drones.

Some of the deal’s details are unclear, including what kinds of drones Azerbaijan would buy exactly. It is probable however, that Azerbaijan would opt for the Bayraktar TB2, a medium altitude long endurance platform.

The TB2 is a pretty capable platform with a modest $5,000,000 price point and is able to navigate and land without GPS and without a controller if necessary.

Turkey moved to design and build the drone in 2014 due to American reluctance to sell armed drones to Turkey, fearing that the drones could potentially be used against Kurdish groups both inside and outside the country. The fear was well-founded, Turkey currently employs drones against Kurdish groups in Turkey and across Turkey’s border in Iraq and Syria.

The Turkish drone design found interest on the international market. In 2019, Ukraine secured a $69 million deal with Baykar Makina, the drone’s manufacturer, for twelve TB2s along with control stations and ammunition. The deal marked the first time that Ukraine bought UAVs from a foreign country that could be armed.

Previously Ukraine operated the American-made RQ-11 Raven drone, but those drones were non-lethal and used for aerial intelligence and reconnaissance missions.

Qatar also bought TB2s from Turkey, though their order was much smaller, just six.

A number of TB2s have been shot down or observed in Libya, where the drones fired on, and sometimes were shot down by, various Libyan National Army militias under the command of Field Marshal Khalifa Haftar.

Azerbaijan will likely use their TB2s to bolster their position in their conflict with Armenia over the Nagorno-Karabakh region. The low-intensity conflict has been simmering since the late 1980s. The disputed Nagorno-Karabakh region is an area that is ethnically heterogeneous. There is currently a shaky cease-fire in effect, though the conflict is far from resolved.

Although the two countries do not share a border, Turkey supports the Azeri position in the conflict over Armenia, which is sandwiched between the two countries. Both Turkey and Azerbaijan are predominantly Muslim, and Turkish and Azeri are partially mutually intelligible.

Turkey might be poised to enter the drone market in a big way. Given their geographical proximity to conflicts raging across the Middle East, it would not be unusual for more Turkish drones to pop up in those fights. Watch this topic for more information in the future.

Caleb Larson holds a Master of Public Policy degree from the Willy Brandt School of Public Policy. He lives in Berlin and writes on U.S. and Russian foreign and defense policy, German politics, and culture.