A few days ago, Turkey and Israel reached a historic milestone: Israeli Prime Minister Yair Lapid and Turkish President Recep Tayyip Erdoğan agreed on the full restoration of diplomatic ties and the return of ambassadors. 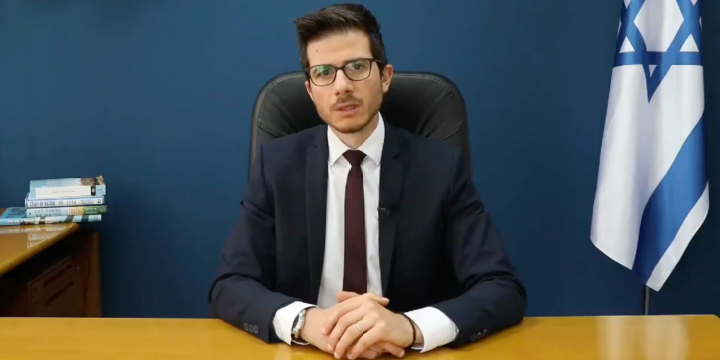 In recent years, relations between the two countries have been strained, to say the least, reaching a tipping point in 2010, after Israeli special forces hijacked the Turkish vessel Mavi Marmara. Eight years later, in 2018, the countries severed diplomatic relations due to the events in Gaza following the move of Israel’s capital to Jerusalem.

What is behind the current Israel-Turkey rapprochement? What prospects does it hold for the region? What role did Azerbaijan play in reconciling its two strategic allies? Ambassador Extraordinary and Plenipotentiary of the State of Israel to Azerbaijan George Deek answers these and other questions in an exclusive interview.

Mr. Ambassador, Israel and Turkey have just reached an agreement that, without exaggeration, could be called historic. How did it come about?

The full restoration of diplomatic ties between Israel and Turkey is the result of very delicate processes and positive reciprocal steps, especially in the field of security, taken over the past year. This took on a public form during Israeli President Yitzhak Herzog’s visit to Ankara in March. It was followed by meetings between the foreign ministers of both countries, including a visit by then Foreign Minister and current Israeli Prime Minister Yair Lapid.

The expert community has mixed opinions on the rapprochement between Israel and Turkey. What do you, as ambassador, expect from the renewal of political dialogue between Ankara and Tel Aviv?

Israel and Turkey are the two leading countries of the region. We have long historical ties and, of course, there have been ups and downs in our relations over the years. But no one has ever denied that stable Turkish-Israeli relations are extremely important. The cooperation between the Israeli and Turkish intelligence agencies that prevented a series of Iranian terrorist attacks on Turkish territory is an example of how effective cooperation between our two countries can be. Of course, this example does not mean that the positions of the two countries have always been perfectly aligned. But it shows that even if we disagree about something, we can work it out between us, as friends should, and then continue to work together freely in other areas.

Therefore, we believe that a full restoration of Israel’s diplomatic relations with Turkey would contribute greatly to regional security and stability, especially in these turbulent times.

How do you see the potential of relations with Turkey?

Once again, Israel and Turkey are the leading powers in the region, not only in security, but also in trade, economics, culture, tourism and more. Even despite the low level of diplomatic relations, the ties between the people and business communities of our countries have continued to grow and flourish. In 2021 alone, Israeli-Turkish trade turnover was $7.69 billion. That is indeed a lot, but we believe that once relations are restored, this figure will increase.

Just a few days ago we signed an aviation agreement that will allow Israeli airlines to fly to Turkey, one of the main destinations for our tourists.

Azerbaijan welcomed the news of the restoration of diplomatic ties between the two countries. It is no secret that Azerbaijan has special relations with both Turkey and Israel. Did Baku play any role in this rapprochement?

Modern Azerbaijan is not only an example of a pluralistic approach to international relations, but also a unique country where both Israelis and Turks feel at home.