Svyatoslav Vakarchuk: I would like to address all the entire Azerbaijani people through you…

"In my opinion, Putin made a strategic mistake. Russia will never emerge from this war as a strong country. But it was their choice, so they should answer for it." 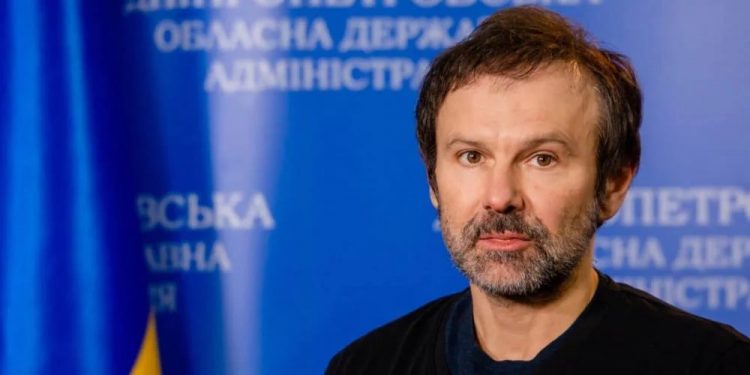 Svyatoslav Vakarchuk, the frontman of Okean Elzy, whom people know, love and listen to not only in Ukraine but all over the world, has traveled to many regions of Ukraine after Russia invaded his country. He gave an impromptu concert for displaced people at the train station in Lviv, and when he sang his song “Not Your War”, tears streamed down his face and the faces of the people fleeing the war.

Just yesterday Svyatoslav Vakarchuk showed footage from the pediatric intensive care unit in Zaporizhzhia, where doctors are trying to save the lives of children injured in the war.

In a conversation with Oxu.Az Svyatoslav Vakarchuk said that there is a full-fledged war in Ukraine now.

It’s like World War II, with bombings, destroyed settlements. Mariupol as a city no longer exists. The center of Kharkiv no longer exists, Chernihiv is being destroyed, many small towns have been obliterated. The Russian army is purposefully destroying our cities, devastating our land. They are killing our women, children and the elderly.

They are targeting maternity clinics and hospitals, saying that there are some non-existent fighters hiding there. But it was us who were attacked! What kind of fighters can there be if people are defending their land with guns in their hands? We’re at home, we’re the ones being attacked, they’re launching rockets and dropping bombs. And yet they say that they want to “denazify” Ukraine.

So, what I want to say is today’s Nazism, the reincarnation of the World War II Nazism took place in Russia. For many people this will sound like too strong an allegory, but 95% or maybe 99% of the population in Ukraine think so.

When you wrote your famous songs, including the poignant “Not Your War”, could you imagine that there would be an all-out war between Russia and Ukraine?

I’ll be perfectly honest. I have felt for a long time that Russia might attack Ukraine, ever since they attacked Georgia. But I did not expect that the Russian leadership and President Putin would dare to take on a terrible venture of this magnitude. Apparently I underestimated the level of insanity. But it did not come as a shock to me.

In my opinion, Putin made a strategic mistake. Russia will never emerge from this war as a strong country. But it was their choice, so they should answer for it.

Do you feel the support of your colleagues, let’s say, the creative intelligentsia from other countries?

Literally before you called me, I had a call from a close friend of mine, Nino Katamadze, from Georgia. Georgians are very supportive of us. British musicians such as Robert Del Naja, the lead singer of Massive Attack, and many others have been writing and calling. And, of course, they support us.

Any moral support is important for us, from any country, from any creative person. Russia is an exception.

Frankly, moral support from the Russians is not enough for us. It is already too late to post on Facebook, to share anti-war videos. They have to take to the streets by the millions, overcome their fear, and protest against the war. It was the Russians who allowed this situation to happen; it is their responsibility, not only that of the leadership of the Russian Federation. According to independent sociological research, 70% of Russian citizens support this war, so they are responsible.

I would like to say something about Azerbaijan and Azerbaijanis. I have several Azerbaijani friends, and I really appreciate what they are doing. Several big businessmen of Azerbaijani origin in Ukraine help a lot, donating a lot of money, delivering relief aid.

We are very grateful to your company SOCAR, which is widely represented in Ukraine, for helping with fuel for cars of emergency and rescue services.

I haven`t been to Baku for a long time, but I feel, as we all do, that Azerbaijanis understand our position. This is not just sympathy, I emphasize, this is understanding, and it is very important. I would like to address the entire Azerbaijani people through you: We appreciate it!

We need as much support as possible. Our war and its outcome will affect everyone. If Russia manages to break the resistance of Ukraine (which I personally don’t believe), then the Russian Federation will come for everyone else.

I also want to share my feelings. I really, really love Azerbaijan, I love Baku, I love your culture. I hope that when the war is over we will come for a visit and sing our songs for you.