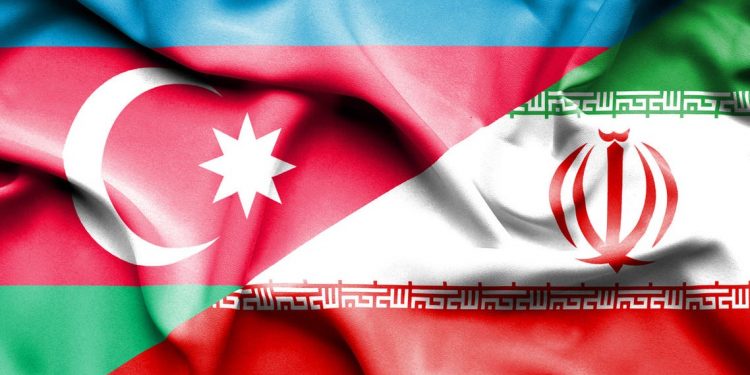 While until recently tensions were usually aggravated either because of the clerical regime’s dissatisfaction with Baku’s overly independent (according to the regime) foreign and domestic policies or right before an important event or a meeting about to take place in the capital of Azerbaijan, this new escalation stems from Iran’s keen concern caused by a number of reasons.

Reason number one is Azerbaijan restoring its territorial integrity and regaining control over the entire Azerbaijan-Iran border (with all that it entails, such as depriving Iran of opportunities to continue drug trafficking to the previously occupied Azerbaijani lands and to Armenia, from where drugs were transported further to Europe).

Reason number two is Azerbaijan getting stronger, becoming not just a regional but a global player, whose opinion cannot be disregarded in any process in the South Caucasus.

Reason number three is the consolidation of Azerbaijan-Turkey relations and, accordingly, of Turkey’s role and influence in the region.

Iran is incapable of putting anything up against these processes or slowing them down. Physically, that is—neither militarily nor economically. What Iran is capable of is saber rattling on the border with Azerbaijan in the misplaced hope of intimidating Baku. Iran has demonstrated just that but was anyone scared? Definitely not. Economic attractiveness of the Islamic Republic? Please. Post-1979 Iran is by no means attractive in terms of economic cooperation. At least for Azerbaijan—we have enough of our own oil and gas.

This, however, does not mean that the mullah regime is unarmed. No, it still has certain levers of information influence left. The question is how effective those levers are and if they achieve the set goals. We are talking about the fake news factory of the Iranian propaganda, the factory operating at full capacity every time Tehran gets angry with its northern neighbor, that is, us.

The gem in the crown of the Iranian propaganda is Sahar TV channel broadcasting in the Azerbaijani language as well. The channel’s website is a veritable wolf in sheep’s clothing. It alternates normal, regular, neutral news with anti-Azerbaijani fakes, and when an unprepared reader opens this website, they cannot tell the truth from blatant lies right away.

Sahar regularly subjects the actions of the Azerbaijani government to unfounded criticism and makes up fake stories about the alleged persecution and mistreatment of the Talysh people. Just a few days ago, it engineered a “special operation” with the Jerusalem Post‘s chief political correspondent Gil Hoffman’s “interview” with Uzi Arad, former Mossad agent and National Security Advisor to the Prime Minister of Israel (from 2009 to 2011).

Sahar’s ideologists and fake news mongers do not get discouraged. They keep cobbling together new “bombshells”. One of the most recent examples is the documentary with a proud title “Çətin günün dostu” (A Friend in Need) they made about the Second Karabakh War. The “friend” in the film is, of course, Iran, who allegedly supported Azerbaijan during the 44-day war at the behest of the Rahbar, that is, Ali Khamenei, himself. I don’t know, perhaps Azerbaijanis’ concept of friendship is different from Iranians’, and we just ungratefully failed to notice and appreciate it. Iran did extend a helping hand during the 44-day war—but to Armenia, not to Azerbaijan. Remember the scandalous story about the events of October 17, 2020, when, having rounded the dam of the Khudaferin power plant and moving towards Zangilan, the forward detachments of the Azerbaijani Armed Forces came across the Iranian military who had blatantly invaded the sovereign territory of our country. The incursion and the aggressive attitude of the Iranian military resulted in our army losing precious time and helped the Armenian occupation army regroup, move up its reserves, and strengthen its defenses. Wasn’t that friendly of them?

Another fake by Sahar TV channel was shared on November 9. The 13-second video clip shows worshippers in a mosque engaged in an intense conversation, which somehow makes Sahar conclude that the conflict took place in Imam Sadiq Mosque in the Sadarak shopping center in Baku. Between Shia Muslims and Wahhabis. Wahhabism propaganda is going on in Azerbaijan, wails Sahar, and the best conditions are being created for the followers of this Islamic movement! For some reason, Sahar overlooks the fact that even though the majority of population in Azerbaijan adheres to Shia Islam, there are also representatives of other peoples in the country who adhere to Sunni Islam. However, in the eyes of the mullah regime, a Sunni Muslim has to be a Wahhabi. We get that the Persians have an axe to grind with Saudis, only what does it have to do with Azerbaijan?

Also noteworthy is the revival of the old allegations of Azerbaijan’s ties with terrorist organizations. In mid-October, Sahar delivered another “bombshell” of a story about Azerbaijan supplying weapons to terrorist groups in Iraq and Syria through Silk Way Airlines at the behest of Saudi Arabia and UAE. This is obviously the way of the Iranian fake news factory to try and keep afloat the baseless claims used by the Armenian propaganda that terrorists fought on Azerbaijan’s side in the 44-day war. But this is nothing new, if we recall the information from credible sources, according to which Iran created the best possible conditions for Tumanyan, former Armenian ambassador in the Islamic Republic, to spread through the Iranian press fake statements on the alleged participation of “terrorists” on the side of Azerbaijan with the organizational and logistic support from Turkey.

And, of course, no self-respecting anti-Azerbaijani propaganda can do without fabled Zionists, Mossad agents, Tzahal and Shin Bet operatives for the Iranian secret service and army intelligence to seek out through binoculars across the Araz, in Azerbaijan’s territory on the border with Iran. The searches fail to produce any evidence, but there are reports to submit. Thankfully, the providence sends them a shot from the march in Baku in celebration of the first anniversary of the victory in the 44-day war. A gift for fake news mongers, a true godsend of a picture that features a soldier carrying the Israeli flag. “Blood of martyrs or Israeli flag?” Sahar wonders indignantly. Sahar will have to be disappointed: the presence of the Israeli flag at a march in Baku does not mean Israel’s military presence in the territory of Azerbaijan. Our country has a large Jewish community, whose representatives fought bravely both in the First (for example, Albert Agarunov, a National Hero of Azerbaijan) and in the Second (for example, Daniel Zarbaylov) Karabakh Wars. And there is nothing wrong about an Azerbaijani Jew raising the flag of Israel at a march in Baku. After all, any citizen of Azerbaijan could raise and carry with pride the flag of Israel, or Pakistan, or Turkey, in acknowledgement of the moral, diplomatic, military and technological support these countries had given us. These are the friends in need Azerbaijanis can call friends indeed.

Of course, some in Iran might hurry to convince us that all this smear campaign, all these fake news and false accusations are the doing of the private sector and have nothing to do with the Iranian state. But only a person unfamiliar with the realities of today’s Iran, which does not have a single media outlet not controlled by the state or secret services, would buy into this explanation. Everything in that country is under a total control, and Sahar TV is financed and controlled by the state and secret services of the Islamic Republic of Iran: even Facebook designates its official account as “Iran state-controlled media”. We can only sympathize with the ordinary citizens of Iran, who have to survive in the harshest socio-economic conditions, while the state squanders a colossal amount of funds fabricating fake news and supporting terrorism in the region and in the world. Then again, life in a “besieged fortress” surrounded by enemies hell bent on “annihilating” Iran is one of the bricks in the foundation of the clerical regime. Take it out and the whole structure might collapse. Still, there is one thing that boggles the mind: why include Azerbaijan among those enemies, all the more since we have never given Iran a reason to doubt our good neighborliness?